Mention the words “aerial drone” in polite company and most people think of surveillance devices over a foreign battlefield.  But for videographers eyeing new tools to enhance production value, a different image comes to mind.  Search YouTube or Vimeo for “multi-rotor” or “quad-copter,” and you’ll see a growing list of videos that demonstrate the capability of these unmanned aerial devices (UAVs) for capturing aerial video.  The sheer volume of video clips illustrates a dramatically growing interest in r/c aerial videography.  The views are unique, the “wow” factor reaches new heights, and the production value is off the charts.  To many, it appears a simple undertaking.  Just attach a small video camera to a remote controlled (r/c) multi copter and start capturing stunning aerial video

But as with many things, there is more involved than meets the eye.  Aerial videography with these devices, while much simplified in recent years, is still a challenge for the uninitiated.  If your company is interested in adding this technology to your video capabilities, be prepared to learn what is involved, its costs, and rewards.

Recreational remote control flying has been around for decades, but only recently has commercial aerial videography using UAVs started to take off.  In part, interest is due to lower costs and new technologies such as automatic hovering, altitude control and GPS positioning -- all of which has shortened the learning curve.

Thank the “smart phone” revolution for providing some of this key technology.  The phones introduced GPS positioning, accelerometers, and other technology into a compact form factor.  This translates into sophisticated, powerful r/c control boards that are the brains of a new generation of multi rotor drones.  Interest (and sales) have grown in both new and traditional markets that include real estate, event capture, sports, weddings, commercials, construction, damage assessment, surveillance, law enforcement, television, music videos, and film.

But what are the true costs, time investment, and learning curve associated with purchasing a flying machine, learning to fly it, and actually producing the footage on your own?  The answer to these questions and others is addressed in a series of articles that explore available options for a videographer interested in acquiring low aerial video.  Cost, learning curve, choosing a supplier for the hardware, safety concerns, and post production will be discussed.  In addition, we will touch on existing FAA regulations that remain a obstacle to acquiring footage commercially. 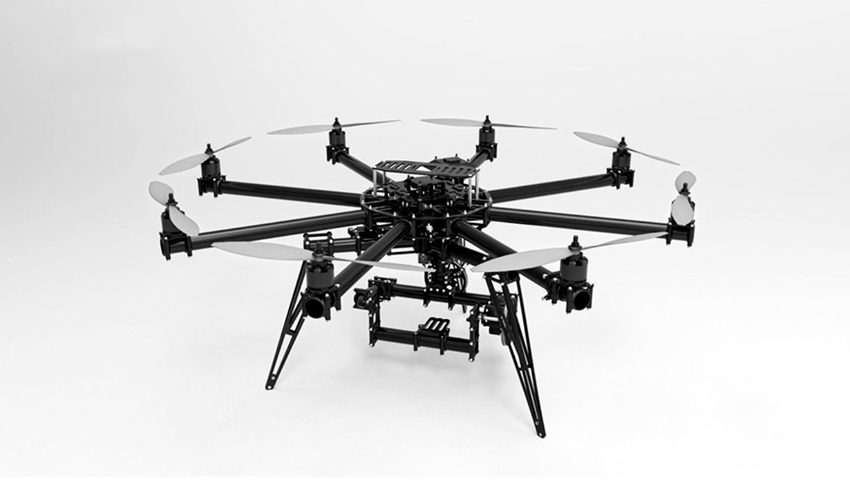 Learning to Fly Is An Essential Requirement.

Nearly all industry experts agree that aerial videography using UAVs is not designed for the weekend enthusiast.  It is both pricey and complicated, and requires a skilled operator to produce usable, vibration free video. Learning to fly a multi rotor competently and safely means the pilot is the critical factor in acquiring footage.  A novice can learn to fly in a couple of ways.  First, computer based flight simulators provide a near real world experience without risking damage to actual multi rotor.  Simulators like the popular RealFlight Basic run under $100.00.  Most sims are Windows based, so Mac users must resort to BootCamp or virtualization software. 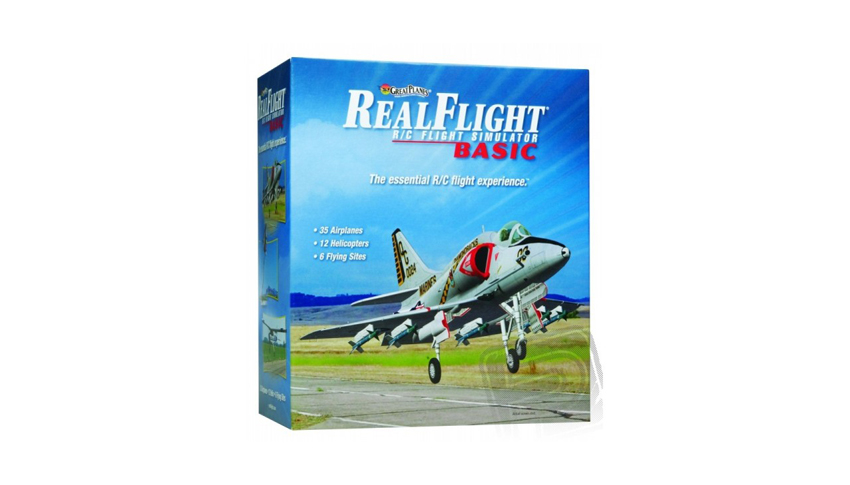 The second alternative involves actually buying a small, inexpensive multi rotor model and using it to practice flying.  The initial investment is small (under $200.00), and fairly durable (Blade mQX for example), but the experience is first hand, and invaluable.   And if you combine both these approaches and learning is accelerated.

Deciding on a company to buy from, and work with is the next step.  A multifaceted company is essential -- one that supplies hardware, technical assistance, training, and spare parts.  Three months of research led to identifying three primary factors -- ideally, the company must be videography based.  In other words, a company that understood the needs of a videographer, and not one that just sells product.  Secondly, the company must manufacture and service what it sells, provide tutorials/guidance to new users, and have a ready supply of spare parts.  Finally, the company must be USA-based.

This criteria was used for a couple of reasons.  First, I felt that a company comprised of videographers could more capably identify and solve issues that novice aerial videographers would face.  It could recommend what cameras can be flown in what multi rotor configurations, and address post production issues such as stabilizing footage or removing fisheye distortion.  My emphasis on U.S.A.- based companies related to one critical issue -- parts concerns.  Invariably, parts will break, and having readily available replacement parts is an important factor.

I settled on XproHeli, which is based in Bend, Oregon  Its companion production company is Flick Five Films, which specializing in promotional, commercial, and documentary videos.  The video production company was established in 1996, and the quad copter company went live last January.  Sales have skyrocketed, and the company recently moved into a larger manufacturing facility in Bend.  It provides parts, training, custom configurations, and advice to both novice and advanced users as well as selling its XP2 platform to videographers. A demo reel is available on Vimeo.

XproHeli is owned by Hans Skjersaa, a Bend native, who started manufacturing and selling the XP2 when relying on other companies for aerial videography services proved unreliable.   Unschooled in aerial videography before undertaking this endeavor, Skjersaa designed and built the XP2 quad from a videographer’s needs, not a hobbyist or a stunt flyer.  A full year of research and product testing preceded release of the XP1 and eventually the current offering, the XP2.  The choice of frame materials (laser cut milled aluminum), engines, speed controllers and props (powerful, heavy lifting), landing gear (aluminum to cushion a hard landing), and camera platform (vibration reducing rubber dampers) were made to maximize capturing useable video from the sky.

The XP2 quad aerial supports ten (10) minute fly times with a three hundred yard (300) yard range.  An earlier XP1’s camera platform was redesigned for the XP2 to minimize vibration using a unique rubber dampening system.   It will mount GoPro HD, Contour Hero, or Sony NEX 5N cams.  The below photo was taken during my initial flight. 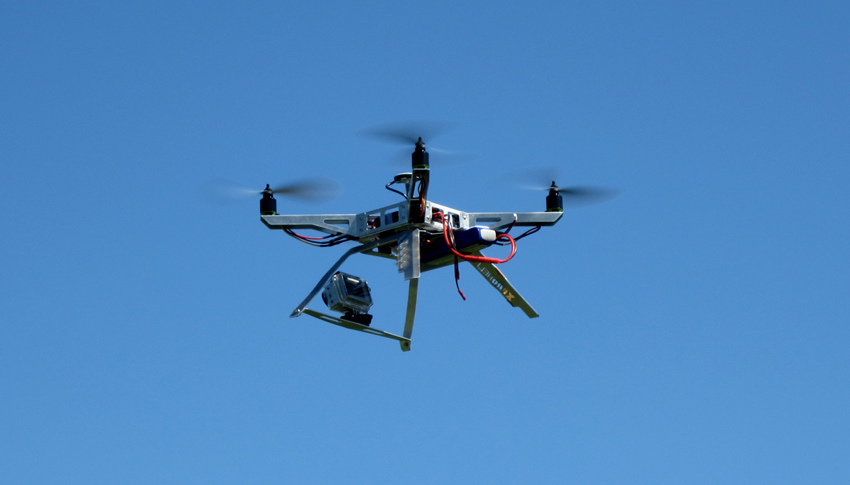 Ready-to-fly quad copters are offered in two configurations:  one with manual and basic altitude hold controls, and second, pricier version that supplies GPS tracking, and other advanced, and easier to use, controls.   The company will soon introduce the XP6, a hexa rotor capable of carrying heavier cameras.  A sophisticated camera gimbal minimize camera movement and vibration, and control pitch and roll when capturing will be offered with the XP6.

The XproHeli’s website includes introductory tutorials on learning to fly using a flight simulator and other topics.  XP2 purchasers access more advanced training videos for setting up, troubleshooting, and flying the device.  Other videos are added monthly, and an online forum allows users to share information.  Replacement parts are available, and the company promptly ships product.  Contact the company for additional information if you are interested, or do your own window shopping on the internet.  But remember it is important to establish some criteria for the company you want to work with.

David A. Saraceno is a motion graphics artist located in Spokane, Washington. He runs a video blog and review site called secondchairvideo that provides up to date information on most things Final Cut Pro and video related.  He has written for DV Magazine, AV Video, MacHome Journal, and several state and national legal technology magazines. David moderates several forums on 2-pop.com, is active on the Apple Support Discussions forum for their Pro Applications, ranked as among the highest contributor as a Level IV in the pro apps forums, and contributes at dvxuser.com.