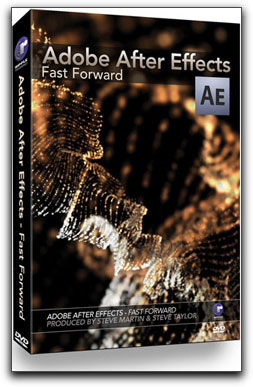 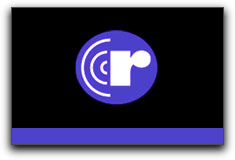 
When I heard that Ripple Training was going to be producing their first DVD tutorial on Adobe After Effects it was good news. Ripple Training has set the standard of excellence in both the production values and comprehensiveness regarding any of the Final Cut Studio tutorial DVDs they have produced over the years. It has been their consistency along these lines that has raised them to the top of the heap and the first name I recommend when someone asks where they can get a good supplementary disc regarding any of the applications that come under the Apple umbrella.

Once again, with their first foray into applications other than Final Cut Studio, both Steve Martin and Steve Taylor have produced an excellent DVD tutorial introducing the new user to Adobe After Effects. The intermediate user of After Effects will also benefit by the many different approaches and tool uses that they may incorporate into their current After Effects projects.

As always, the project files for each individual project as well as the media files are supplied. The stock footage has been donated by Revostock and is not watermarked so that you may use some of the 12 clips supplied in your own projects. Unfortunately, all but two are 720 x 486 so, in this day and age, unless you are matting out parts of the clips, you may not use them in a HD sequence. The other two presented in Apple Photo jpeg in full 1920 x 1080 at 23.98 fps and look great. Since most editors and shooters today do not shoot in Standard Definition I am not sure why the majority of projects presented in this DVD are set in the SD mode. Surely clips in 16 x 9, even if subtly watermarked, are what most people work in today so there is no purpose for this retro standard definition work. Never the less, the tasks, tools and projects would all be used in the same manner no matter what format you work in.

To start with, Chapter One is an excellent introduction of the After Effects interface and tools for the person completely new to this application. Unfortunately, no mention is made of setting After Effect's preferences which I believe would be important to any new user. Then, Adobe After Effects Fast Forward contains 9 projects spread over 10 additional working chapters where you can switch back and forth between the DVD's Quicktime lessons and your own After Effects application. The projects are sequential allowing you to build skills in one project that you can then apply to the following projects. Every one of these projects I found both interesting and applicable as both a student and teacher. Not once did I think, "Why would I ever use or want that one". You would know what I mean when you see some of the fx plug ins that sometimes come out that you can't imagine ever wanting, using or needing. 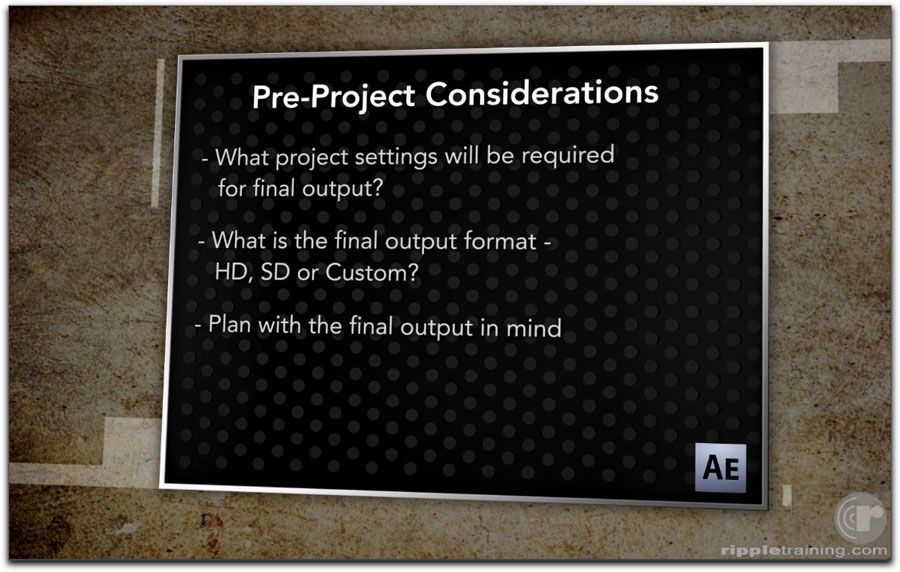 Each chapter lists a set of skills that you will learn within that specific chapter.

The first project gets you started off quickly by building a Video Wall using many of the supplied assets and footage. Additional projects have you working with creating 3D Picture Montages, Animating an Adobe Illustrator Logo (I look forward to Ripple Training producing a tutorial DVD for Adobe Illustrator), Creating Lower thirds, transitions, and elements for promos and movie trailers as well as show openings. The seventh chapter explores creating your own animated backgrounds by using the Fractal Noise Filter and the Brainstorm tool. 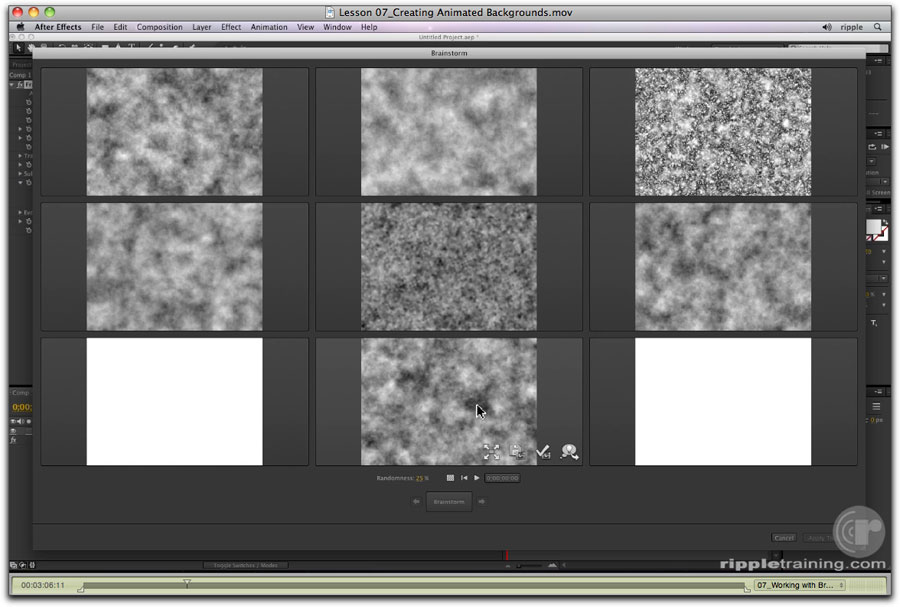 The Brainstorm tool was introduced with CS3 but there are still those who have never used it.

My guess is that there are many AE users who don't know that the Brainstorm option even exists. There are those who buy expensive background animations from footage houses when they could just as easily make their own. I've been doing so for years and it really doesn't take any super advanced skills, just the awareness that you have the tools right there in front of you that you can quickly learn to use. After Effects Fast Forward supplies many of those skills. As is their usual way, Ripple Training provides a drop down menu for each chapter should you want or need to repeat or go back to any specific portion of the chapter. I do miss the 'Whole Enchilada' chapter that used to be a tradition on Ripple Training discs. 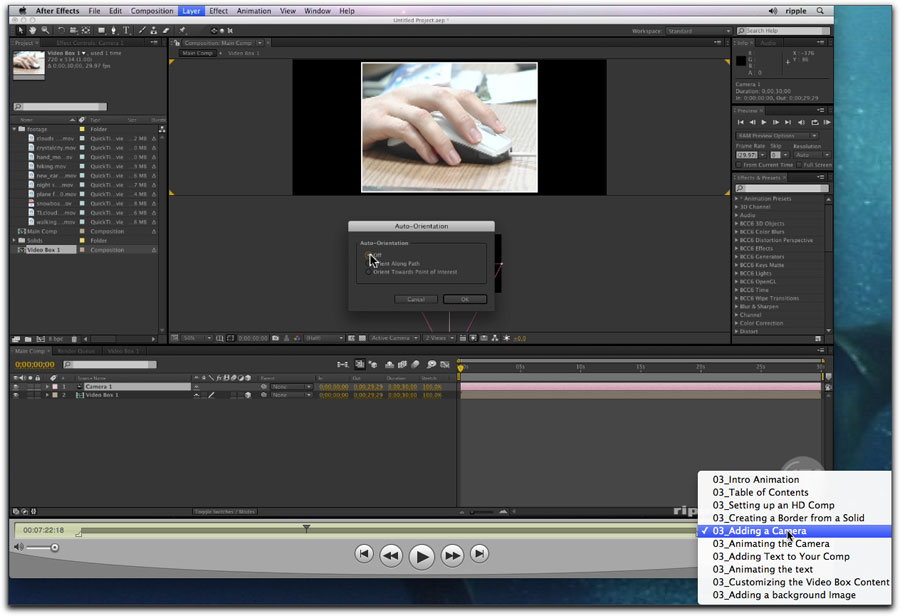 While this new DVD does a great job with its chapters covering particles, speed changes, working with masks and audio as well as plenty more, I was disappointed that even though the DVD cover says it was for CS4 and CS5, that no attention was paid to some of the great new tools in CS5 like their new rotoscoping tool that was the hit of the Adobe Influencers weekend held last January at the Adobe Headquarters in San Jose, Ca. However, that is my only real complaint and Adobe does supply their own tutorials on their website.

When I first was introduced to Adobe After Effects it was in 2000 and I can't remember just which version of AE it was. I have said this before regarding other Ripple Training DVDs, "Where was this DVD when I first got into AE?" Having it would have saved me many, many hours of trying to figure things out. For the new user of After Effects, you have the opportunity to buy yourself a great and early Christmas present.