Plain and simple, Christoph Vonrhein and CHV-Electronics has done it again. With an ever updated collection of excellent plug-ins behind him, he must never be satisfied with his accomplishments for here we have now a new bundle of filters he has entitled Shining FX.

This collection is a complete set of eleven hardware accelerated real-time FX Plug plug-ins created to provide superb quality shine, glow and volumetric lighting effects in both Final Cut Pro and Motion. Each filter comes with a sizeable number of parameters, which highlight their milieu of application uses.

I did the majority of my experiments with the Shining filters in Motion as, due to issues with Final Cut Pro's FX plug-in architecture, there would sometimes be slight hesitations and spinning beach balls when used in Final Cut Pro. This does not have anything to do with bugs in the filters. It's more because Apple has not yet fully integrated the FX Plug interface into FCP. FX Plug was a part of Motion from the very beginning. This is why FX Plug plugins behave significantly better in there than in FCP. Hopefully, this will be corrected sometime in the near future by Apple or in the new Final Cut Studio shipping to our mailboxes next month.

This inexpensive set consists of a Circle Glow, Raster Glow, Feedback Loop, Spiral Glow, Shimmer, Rays, Prisma, Random Feedback, Ray Bursts, Glimmer and Flames filters that apply easily enough. When using Final Cut Pro they are placed on the text or clip as you would any other filter. In Motion, it was a bit different. For example, if you had created a text layer in Motion, you would not highlight the text and place the filter on it. Instead, you simply highlight the layer and place the filter on that. Once I figured that out, I was good to go. 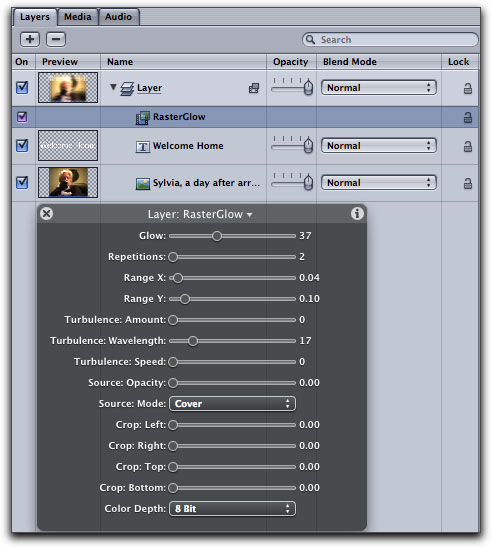 Notice the Raster Glow filter is placed upon the layer
and not the text itself when using the Shining filters in Motion.

Each filter has an abundance of parameter settings that were easy to set and use and it takes just a bit of time to figure out which were the most advantageous in various creations. The Feedback Loop filter really impressed me with its' capabilities. Keyframed on text swirling effects in clockwise and counter clockwise directions as well as multiples of text either in front or behind gave it some real pizzazz.

Using the Feedback Loop filter in Motion, I was able to create an almost palpable depth to the swirling text. 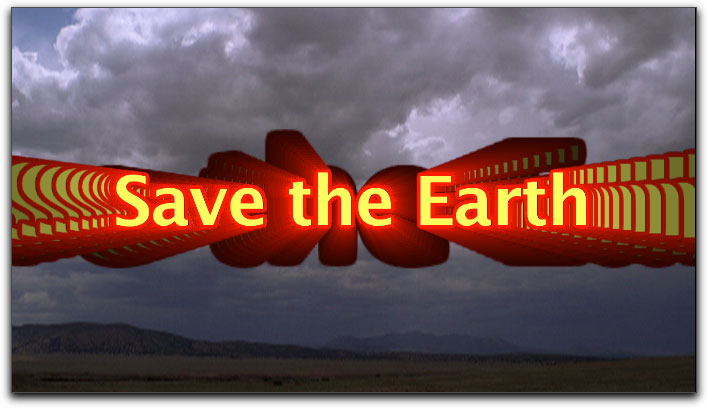 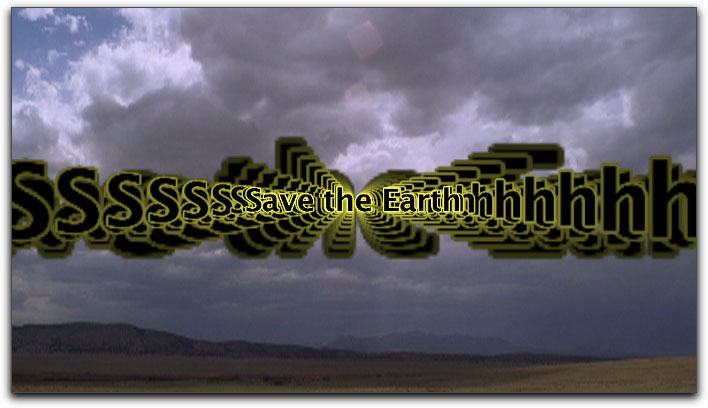 These text effects were created in Final Cut Pro, all simple to key frame multiple text images to come right at you or shrink away.

As simple as it was to use, I liked the effect I was able to achieve on this waterfall shot with the Shining Shimmer filter within Final Cut Pro. 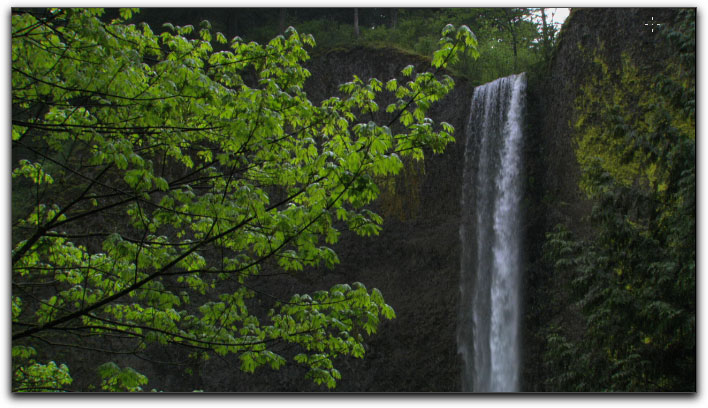 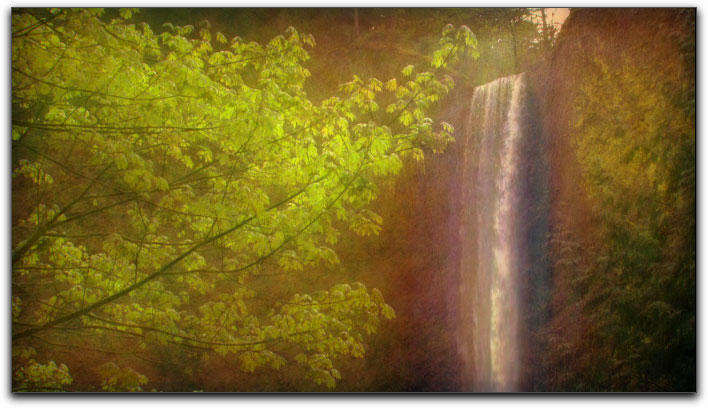 The 'before' and the 'after' shots. When used this way, the shining filter became very similar to various silk and fog filters.

I did find a real similarity between some of the filters and yet there were enough differences to warrant each its own filter title. The Random Feedback filter enabled me to create a cartoonish text much like you were treated to in the old Batman T.V. series. 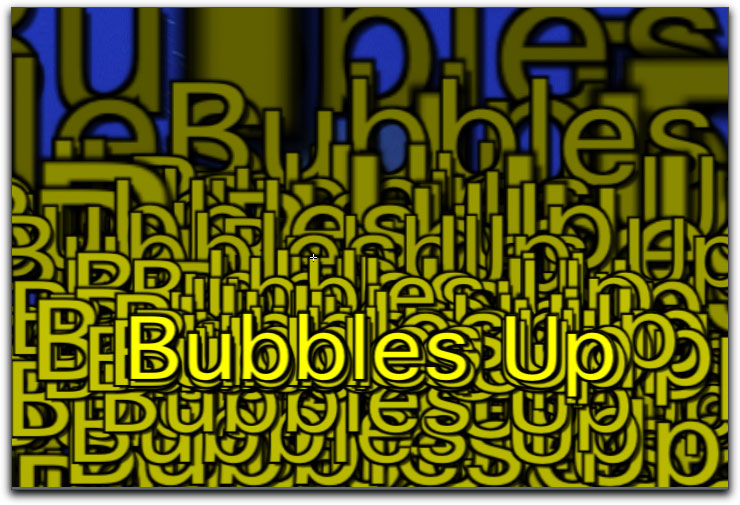 The Spiral Glow filter was another standout that enables you to create a speed effect of text blurring its way to the forefront before it fills itself in. You have to see it in action to really get the jist of what I mean. Meanwhile, the Shining Prism filter has its own unique method of creating results where the primary text can fade leaving only echoes of itself. 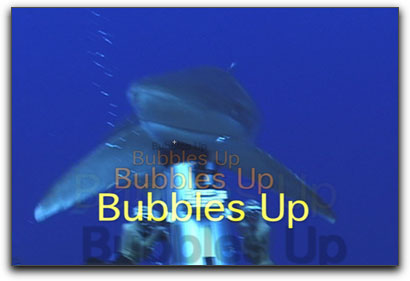 Last for this review but not least in terms of the full collection is the Shining Raybursts filter with fully controllable ray lengths and strengths, directionalities and composite mode abilities. 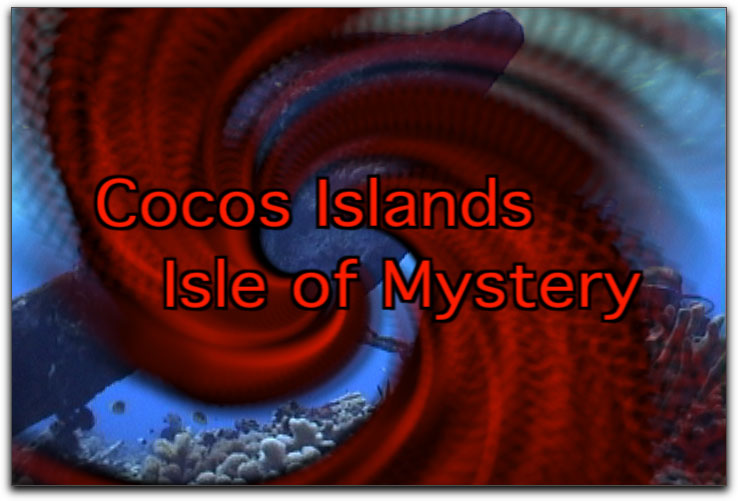 Here we have the Raybursts filter placed on a clip behind the text shamelessly advertising my next dive adventure.

The CHV Shining Filters collection provides excellent tools enabling you to create high quality ray and lighting effects coupled with a variety of animated waves for video with and without alpha channels. For a really excellent demo of these filters I strongly suggest you take yourself to the CHV website and watch the short demo movie of each of these filters in actual use. To be honest, I was not able to create, at a simple sitting, each of the effects I tried to duplicate, particularly with the Flame filter, but, in keeping with CHV's ascension to fame and prosperity, I would hope that Christoph will soon have a few tutorials up for everyone to peruse.

There is no question that each of these filters were created with a lot of thought and effort as the entire CHV line of plug-ins for Final Cut Pro and Motion consistently maintain a high level of quality. Thus, my bottom line for the CHV Shining Set is a strongly felt Thumbs Up.