Noise Industries and Core Melt have brought to their ever growing number of plug ins an exciting new package of 12 Fx plug ins designed to make the creation of motion graphics using still images that much easier. This is not your typical slideshow presentation but is an excellent time saving set of plug-ins which allow you to select multiple styles of frames with your images, adjust animation with multiple presets or manually set animations, and control of tempo. All the effects render natively on the GPU on both Intel and PPC Macs. On my 2Ghz pre intel-chipped G5 I was pleased how quickly these plug ins rendered.

These Fx plugs surprised me with how well they functioned and how easy they were to manipulate. In Motion, changes on the go went smoothly and without software hesitation. One of the plug ins, Liquify, when used with the slow preset, appears to actually morph one still to another. This was a great effect, and once more, I bemoan the fact that you cannot see this take place as you read this review. Never the less, it works great and provides you with the ability to adjust the tempo and length of time allotted to each still image. 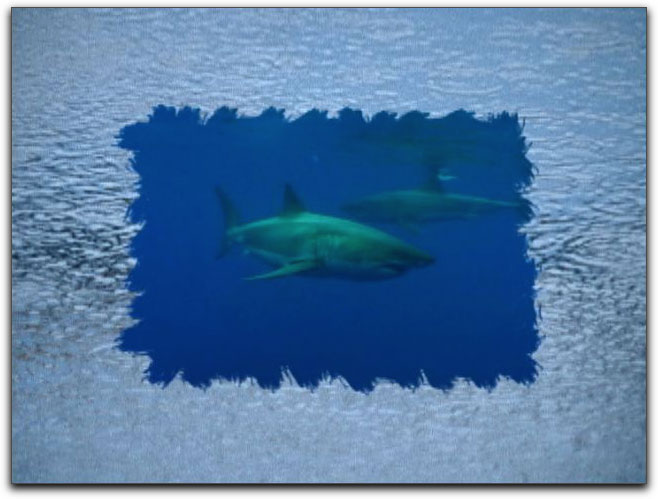 Each still's feature literally morphs into the next. A generous choice of masks and frames are also at your disposal.

While you do not need to purchase Noise Industries FX Factory package to buy the Core Melt plug-ins, you do need to have FX Factory already installed to utilize the Core Melt software. Each of the Core Melt Image Flow Fx plug-ins can be found in your generators folders either in Final Cut or Motion. Once located, you simply drag the generator over to the Final Cut timeline or hit 'Apply' in Motion and open up the generator's controls. In the controls you then go to the Image Folder, choose which folder of images you wish to use and viola, its done. The only thing left to do is to adjust the timing of the images, the tempo of changes and check out how each of the presets may affect the presentation. 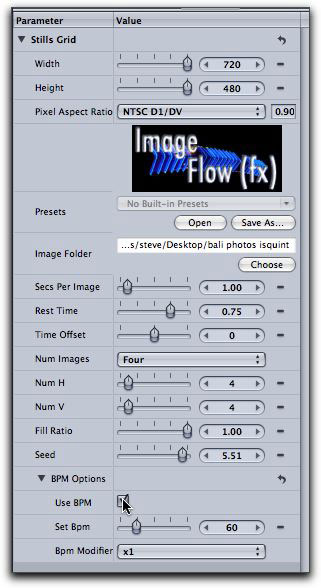 The Polaroid plug in will save you plenty of time as you simply choose the folder of images you want to use. Once you have this you can forget about having to key frame your dissolve to white transitions and effects; your work time has been cut by 2/3's easy. 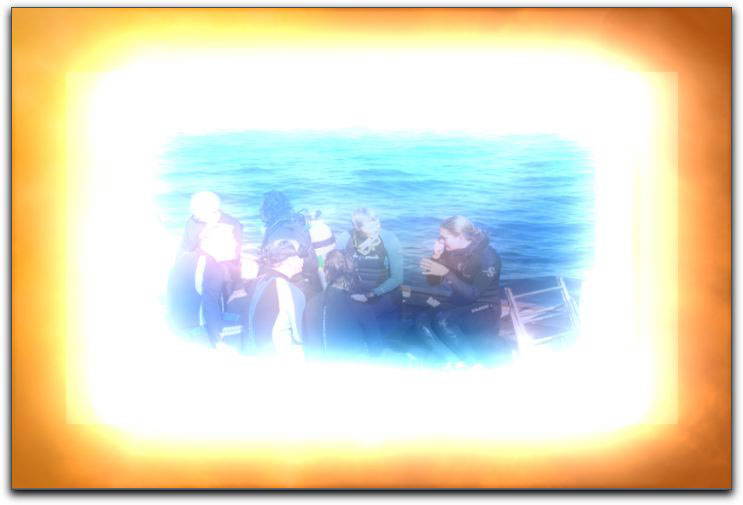 Caught in mid flash, it took me about 30 seconds to apply the Core Melt Polaroid plug in,
import the folder, adjust the timing and bring in a background animation.

The Panels Transition had several choices enabling one image to segue to another within a panels formation. You have the option of panels dissolving, replacing or spinning into your next image. 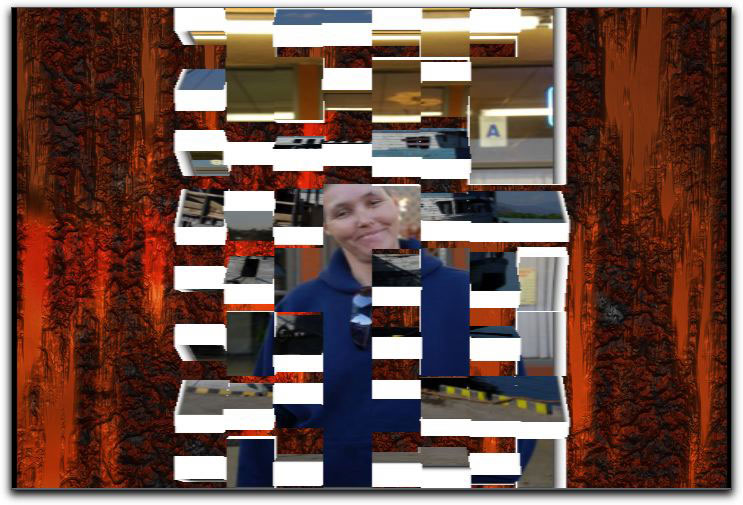 Full adjustment for the scale of your images is standard on all the Image Melt Plug ins. Here I have one image spinning in panels into my next.

The Multi Grow, Multi Fader and Multi Swoosh plugs ins are similar to each other except that each has different animations presets that allow for the images to grow into, fade or fly into the frame from an assortment of angles as the previous image or images are passing out. The motion paths of the animated images are easy to adjust. Even though your folder may have many images, you can limit the number of images used within the parameter controls. 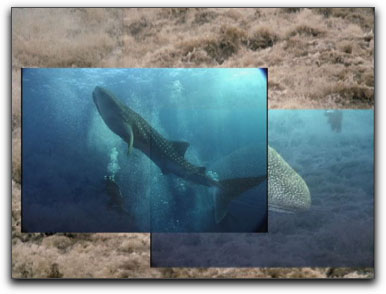 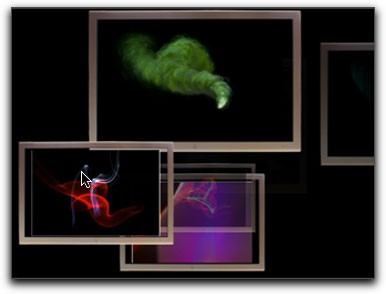 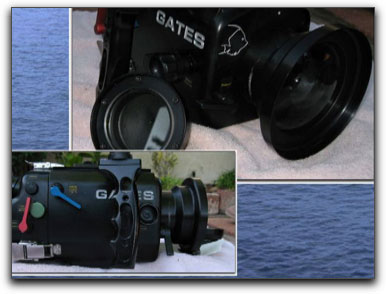 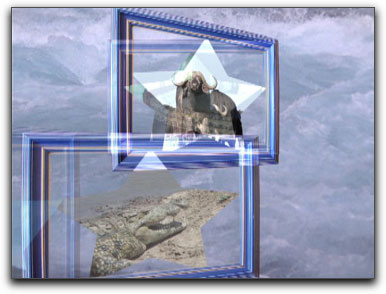 Each one of these plug ins provide similar but significantly different applications guaranteed to save you an abundance of tweaking and key framing time.

The Random Move Over and Dissolve over plug ins provide the same easy to use parameters, apply the generator, pick a folder and you are off and creating in record breaking time. There are also a Zoom Up and a Zoom In and Stop plug ins that do effortlessly what their names imply. 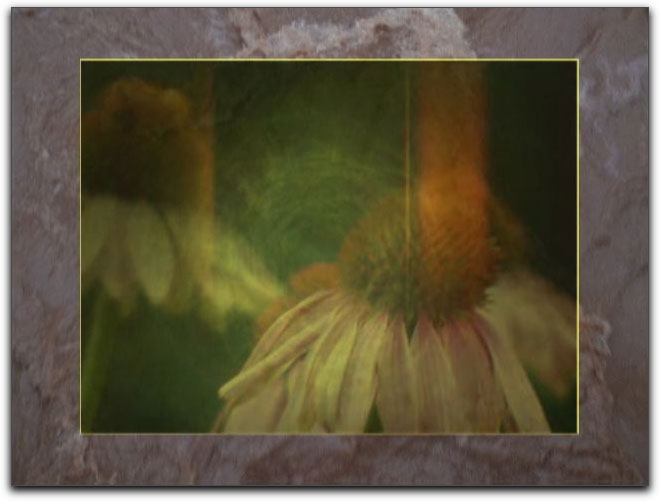 The Dissolve over can be adjusted via its blend mode and preset choices. 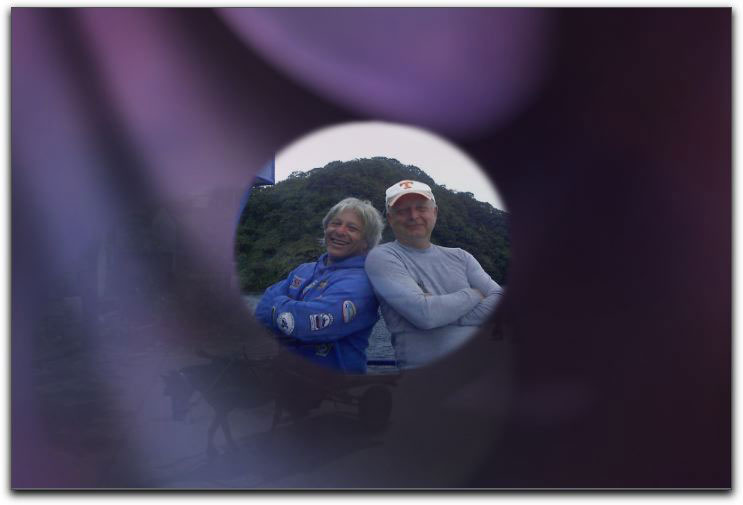 The Random Move over easily masked images with an abundance of choices from this simple circle to a jigsaw puzzle effect. 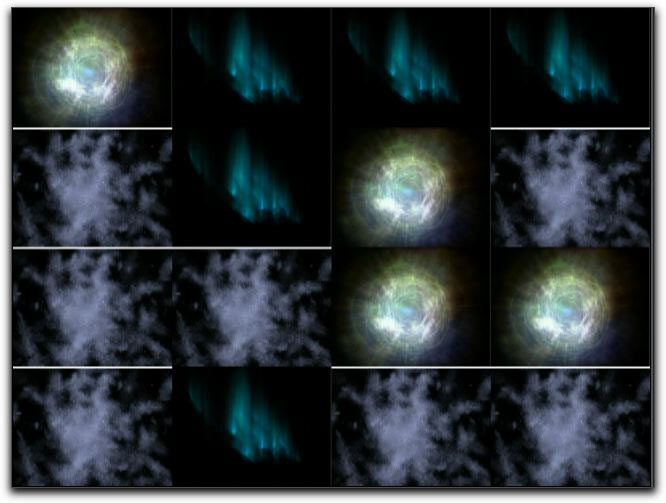 The Stills Grid plug in does just that; create a changing grid of images.

Is this collection perfect? Nothing is perfect. . In future versions, I would like to have the ability to choose files, as well as folders, so that an entire folder of images would not have to be imported. While you can control the number of images used in the generator you cannot choose which images within the folder are to be used. Perhaps the ability to key frame the generous supply of masks and frames so that one frame per application was not the only choice would be nice. I'm nit picking though. I did attempt to use video files with these generators and, as I had expected, this collection is for still images only. It didn't hurt to try.

My bottom line is that over all, this is one super collection of plug ins. They are easy to use, provide for very real world editing needs and were stable as a rock for me. There is not a single generator within this collection that would be only useful on some bizarro world. You really do get your money's worth. There is a trial demo at the CoreMelt website and I wouldn't hesitate to tell you to give it a shot. You'll be amazed at just how much time this collection can save you. Especially for those who frequently incorporate still images into their productions, Santa has come early. 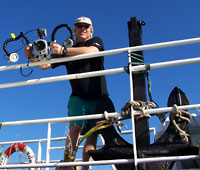 Steve Douglas is a certified Apple Pro for Final Cut Pro and underwater videographer. A winner of the 1999 Pacific Coast Underwater Film Competition, 2003 IVIE competition, 2004 Los Angeles Underwater Photographic competition, and the prestigious 2005 International Beneath the Sea Film Competition, where he also won the Stan Waterman Award for Excellence in Underwater Videography and 'Diver of the Year', Steve was a safety diver on the feature film "The Deep Blue Sea", contributed footage to the Seaworld Park's Atlantis production, and a recent History channel MegaDisaster show. Steve is one of the founding organizers of the San Diego UnderSea Film Exhibition and leads both underwater filming expeditions and African safaris with upcoming excursions to Kenya & Lembeh Straits in Indonesia in 2007, the Coco Islands, Costa Rica & Truk Lagoon in 2008 and safari in Africa for 2009. Feel free to contact him if you are interested in joining Steve on any of these exciting trips. www.worldfilmsandtravel.com