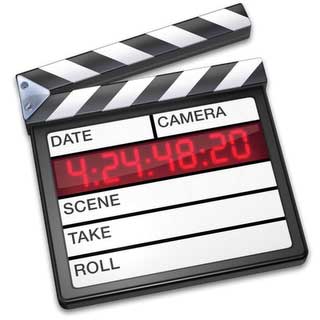 It has been close to a year since the release of FCP X. Every single NLE maker has just about responded to the FCP X release. Avid has released Media Composer 6, Adobe has released CS 6, Autodesk is on the verge of releasing a re-designed version of Smoke, with a more editor-friendly edit desk. Lightworks has been on the verge of releasing a version for the Mac OS since last year, which is due in the later part of this year, or maybe next year. Well, here’s a really simple feature that I loved in FCP 7 that has yet to be replicated on most of the NLEs that I have seen so far- search.

FCP has a great search tool. Media Composer has Phrase Find as an option that searches video for spoken words, and that demos to orgasmic applause from the audience. Media Composer also has the ability to sift individual bins, or perform a search across bins. Premiere also has a search function. However, if there is one thing that sets FCP’s search function apart from the other NLEs, and that is the ability to use FCP as a database for your rushes. This is one tool that I have been using for years, on almost every single project with enough footage for the project to require an editor to sit down and make sense of the rushes.

Imagine you have a 30 day shoot, and you are trying to create a database of your rushes, which is what we usually do on large enough projects, so editors are able to share footage such as brolls, or interviews, etc... Or suppose you want to isolate rushes to find a subject in a certain location across a few project files. In FCP, almost everything is searchable with “command f”.

Also, you can add to search results for incremental searches or you can replace previous searches with new search results. You can search for a single keyword, or two keywords. Need to find all shots for a particular scene or subject? No problem.

If you click “find all”, the results appear in a window very similar to the one in the browser, and it operates like just another browser window. You can show thumbnail of all the clips you found, you can add log notes, edit it to the timeline, or move it to another bin or even a different project. You can show in browser, or even, god forbid, remove it from the project. 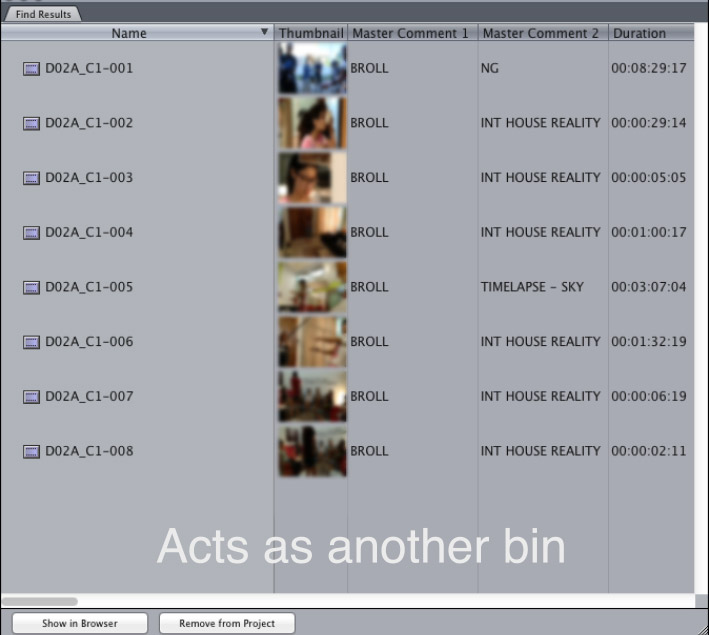 An FCP project behaves a little like an Avid project and you can open a few FCP projects and shift elements around, even directly from the find results window.

to the timeline... I use this to find commercial breaks in a program.

Also, if you export an xml, you can even change fonts in a sequence en masse...

or text supers... Remember those versions of the spot for the 6pm show? It’s actually the 10pm show.

In this age of Spotlight and Google, search is everywhere, yet nowhere. Search is a very powerful tool, hopefully we will see an equivalent on living, breathing NLEs.

Gerard is a freelance broadcast editor and fellow geek who works in the small but congested urban jungles of Singapore. When he is not too busy swinging between editing suites and solving the intricacies of the L-cut, he keeps a blog and posts on the LAFCPUG (like everyone else should).
[Top]
This article first appeared on lafcpug and is reprinted here with permission.