Vortex Media
"How to shoot like a Pro with the Sony HDR-HC1 Camcorder" $45.
"A Complete Guide to the HVR-Z1U and HDR-FX1 Camcorders" $85. 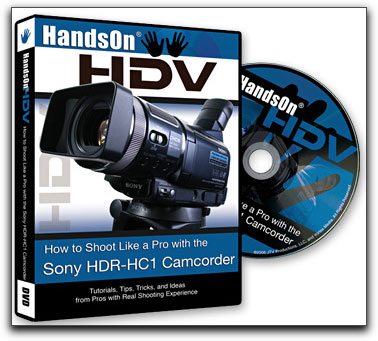 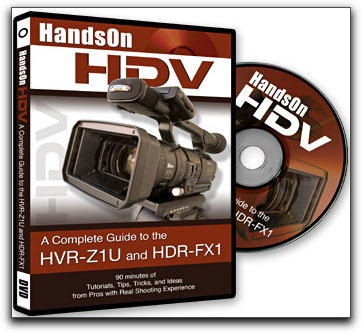 I opened the box to my new Sony HVR-A1U and started in on the manual. That was my first mistake, what a confusing piece of mumbo jumbo. I started reading about one thing only to be told to jump 89 pages later to get the rest in not too clear prose. Okay, I have always disliked manuals. I much prefer to learn by either just doing it or experimenting or simply by someone going through the paces with me. It was at that time, shortly after I had been using and reviewing Vortex Media's excellent Warm Cards that I noticed that they had 2 Hands On discs covering both the Sony HDR-HC1 and Sony's HVR-Z1U and HDR-FX1. Since the A1U has much in common with both cams and I was able to borrow a Z1U for the purposes of this review, I was off and running with both of these tutorial discs.

I made a good choice as both of these DVD discs will cut the confusion of manipulating menus, clarifying controls and learning how to use the new tools you now have at your disposal. The Complete Guide to the HDR-HC1 has a running length of 2 hours that, when watched, goes by so much quicker. It is broken up into 12 different chapters covering everything from a basic overview and layout of the camcorder to the multi-layered menus and customizing your own personal menu. Lessons on the many features are demonstrated in such a way that it is very easy to have your camcorder in hand while following along. 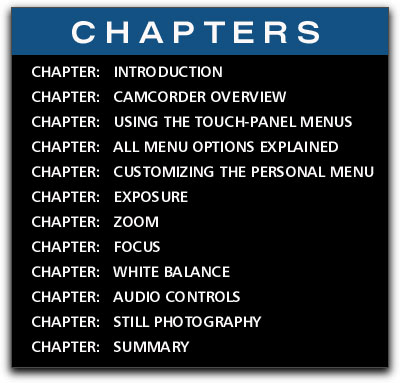 There are so many features in the Sony HC1 that anyone, beginner or advanced shooter, may find themselves confused as to how each one works and when to use it or not. Unsure of how to properly use the Histogram? This tutorial will clear that up through it's easy to understand lesson. How about this setting for Status Check, Spot Focus, or the wonderful Expanded Focus feature? It's all covered exceptionally well and was a breeze to go through. The Shot Transition feature could easily be confusing to some. It basically is an automatic rack focus feature but the manual fails to clearly explain just how to use it. Not only does Hands On HDV for the Sony HDR-HC1 explain it all but provides a fine demonstration that dissipates any cloudiness caused by the Sony manual. 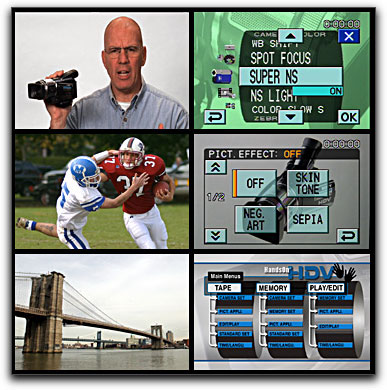 Question: What doesn't it cover? Answer: Nothing!

The narrator of the DVD has a fine stage presence; he knows how to present all the features of the HC1 clearly and precisely and always with a smile on his face and amiable disposition. For the beginner in HDV he frequently makes good suggestions but guides you to explore all the options prior to making your decisions as to recording, setup and output. I found no hyperbole that could not be trusted and that's comforting to this sometimes-cynical reviewer. The only problem I found when using this disc was that there were no submenus to jump to quickly. For example, if I wanted to jump forward to the section on the unique guide frames that the HC1 offers, I would have to fast forward (albeit, not too quickly on the G5's DVD player) through eight and a half minutes of lesson 4, which covers the many menu choices. I didn't care for this at all yet, in the face of things, this is a minor (and my only) complaint.

The Hands On HDV for the HVR-Z1U and HDR-FX1 was an equally good disc. Utilizing my friends Sony Z1U, I found the same quality as I had for the HC1 DVD. A different narrator retains the same friendly ambience of the tutorials, once again, clear and precise. While the Sony HVR-Z1U has many features not found in the HDR-FX1, the owner of either of these excellent camcorders will find everything they need to get up and running and then some. Theory as well as practical usage of each of the functions pervades throughout. Instructions on assign buttons, drop-frame vs non-drop frame, and AllScan is all there. 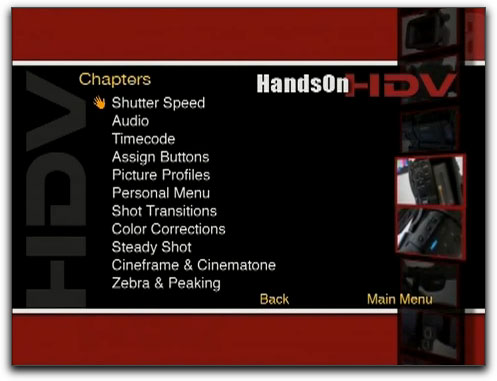 Caption-Nothing is left out within the Chapters Menu.

Again, the only negative is the lack of sub menus to get you quickly to a section of a chapter you might want to access pronto. Never the less, all the functions of these two camcorders are clearly explained in detail. 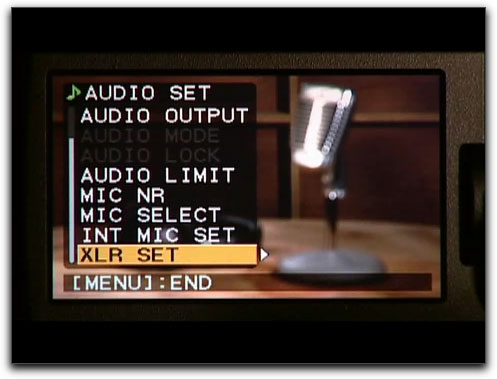 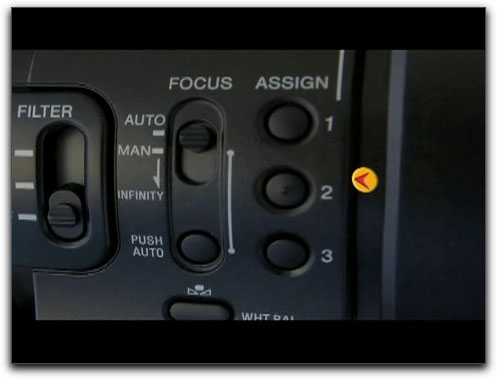 Question on the Audio functions or Button usage? Its all right here.

Bottom line is that both of the Vortex Media tutorial DVDs are finely written and excellently produced. With so many features in common between these camcorders, I was able to glean just about everything I needed. When I go back to them I am certain I will be able to derive even more. I can't imagine anyone not preferring to use 'How to Shoot Like a Pro with the Sony HDR-HC1 or the Sony Z1U or FX1' over the supplied manuals. They are inexpensive and very well worth the price. In fact, if you were the new owner of any of these cams, you'd be crazy not to get these.


Steve Douglas, is an underwater videographer and contributor to numerous film festivals around the world. A winner of the 1999 Pacific Coast Underwater Film Competition, 2003 IVIE competition, 2004 Los Angeles Underwater Photographic competition, and the prestigious 2005 International Beneath the Sea Film Competition, Steve has also worked on the feature film "The Deep Blue Sea", contributed footage to the Seaworld parks for their Atlantis production, and is one of the principal organizers of the San Diego UnderSea Film Exhibition. Steve leads both underwater filming expeditions and African safaris with upcoming filming excursions to Kenya, Bali & Komodo, the Philippines, and the Red Sea. Feel free to contact him if you are interested in joining Steve on any of these trips. www.worldfilmsandtravel.com