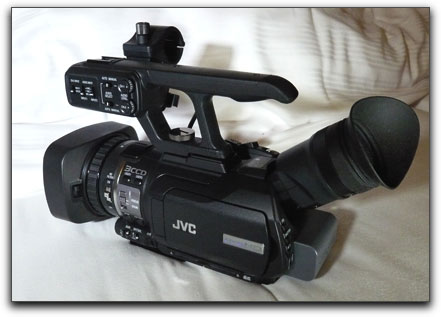 
The GY-HM100 was announced in January, 2009, and was then described by National Marketing Manager, Craig Yanagi of JVC, USA as "being the world's first professional hand-held camcorder that records high bandwidth 35 megabits to native QuickTime files, and is able to record that internally on affordable SDHC cards."

Now that the GY-HM100 is in our hands we've been able to put it to the test and have found it to be blend of some remarkably desirable qualities with a few idiosyncrasies that perhaps take a little of the shine off what otherwise would be a close to perfect camcorder.

There is no doubt this hand-held movie making machine is well and truly capable of producing very high quality images. Even night shots have deep blacks, little grain or artifacting, and the images look like they were produced by a much larger camera. 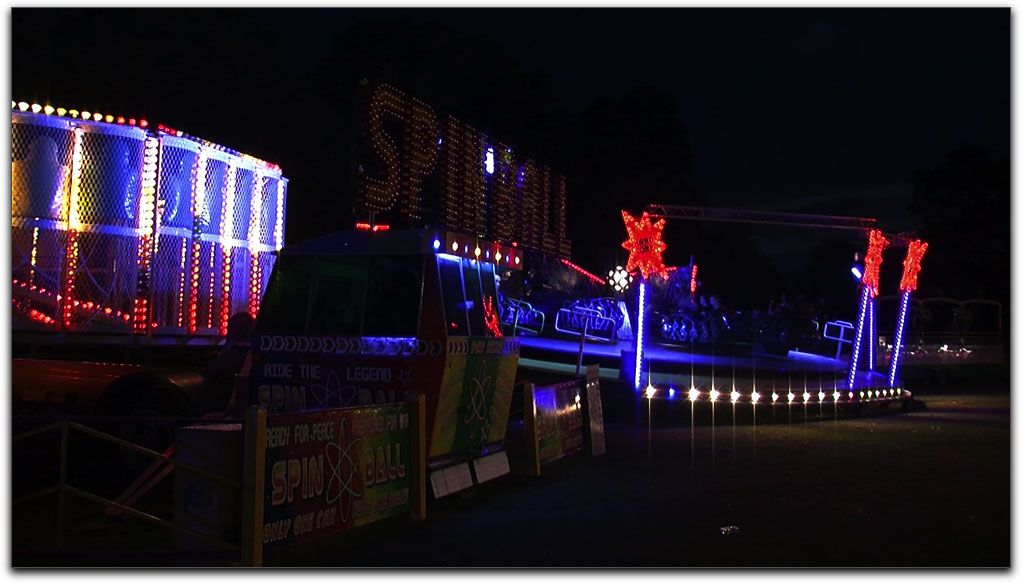 The controls can be a bit fiddly, though once you are at home with the technical operation there is plenty of scope for image manipulation using the manual controls for exposure, shutter, and focus. Shutter speed and exposure changes are handled at the back of the camera, which is slightly inconvenient, though workable, and a convenient global exposure adjust control lets one shoot in auto with the overall exposure being adjusted either up or down at the push of a switch. 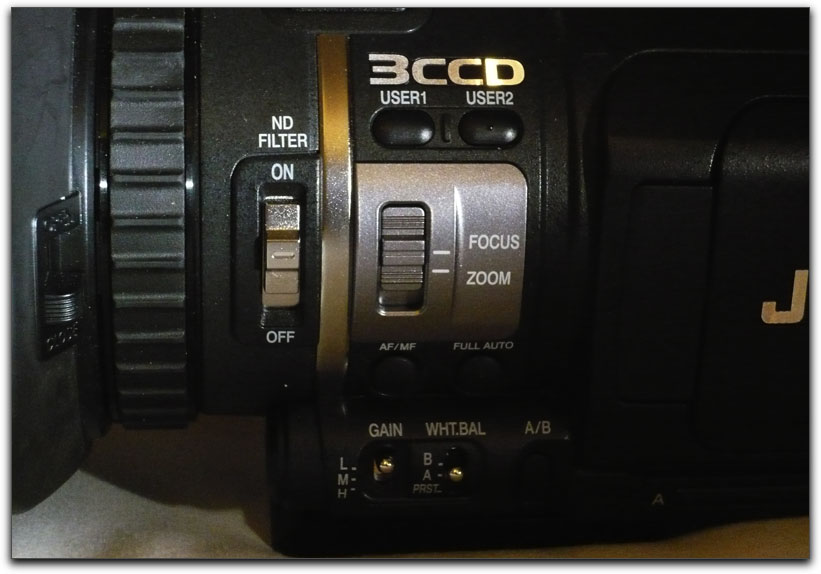 This last point is very convenient as this is a camera that works well in auto - and the ability to conveniently tweak exposure without stepping into full manual is a great way to adjust exposure quickly without having to work too hard to achieve the result one needs.

The focus assist is a very useful feature which, at touch of a button, lets one use a colour reference to show all that is in focus. This works well and enables a quick check of focus on a screen which otherwise may result in one missing critical detail.

3 assign button let one position much needed tasks easily within reach. My personal choice is Focus Assist on assign 1, Zebra Stripes on assign 2, and assign 3 I have used for either Colour Bars or the Macro feature.

Audio is handled on-board a detachable handle. The audio is clean and the controls are easy to master. Phantom power is provided to two XLRs and the two channels can be recorded separately using auto or manual level control. 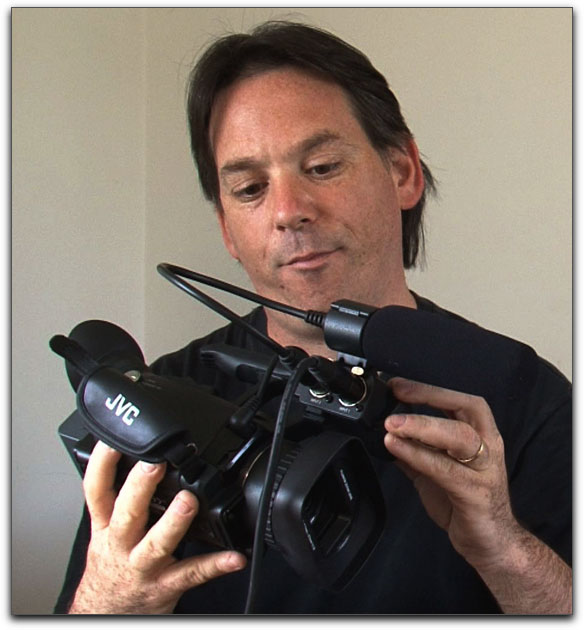 The jewel in the crown is the high quality XDCAM EX codec, licensed from Sony. Shooting at 35mbps variable bitrate produces excellent, low noise images in either 1080 or 720 HD formats. The camera shoots 50i, 60i, 24 and 25P, supports HDV and does not shoot standard definition. So if you need SD be prepared for software or hardware conversion. 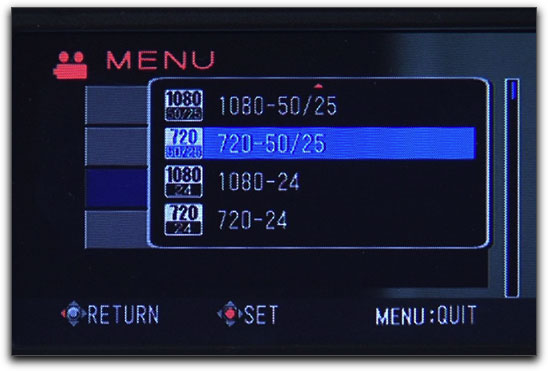 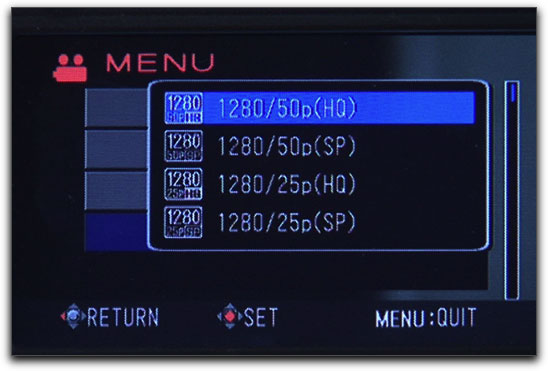 Two other jewels shine bright, these being the wide and telephoto attachment lenses which can be purchased as separate items. These are HD lenses designed to work with the HM-100 and easily outrank the lens ranges offered by some of the larger camcorders on the market. The wide lens provides a field of view equivalent to approximately 27mm in 35mm photography terms. 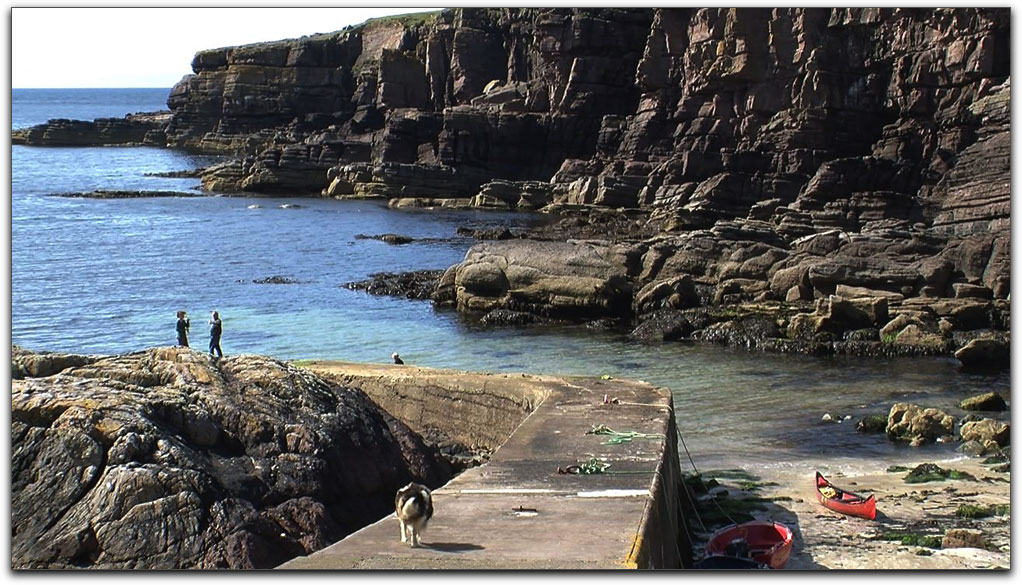 The 1.7 x tele extended brings the standard 10x zoom to that of 17x. As I worked with the HM100 I had a strong desire to have two of these cameras in operation: one with the wide attached all the time, and a second which would work with either the standard lens or with teleconverter attached. First class images result from the wide, with a slight amount of fringing on the tele lens in areas of dark contrast. 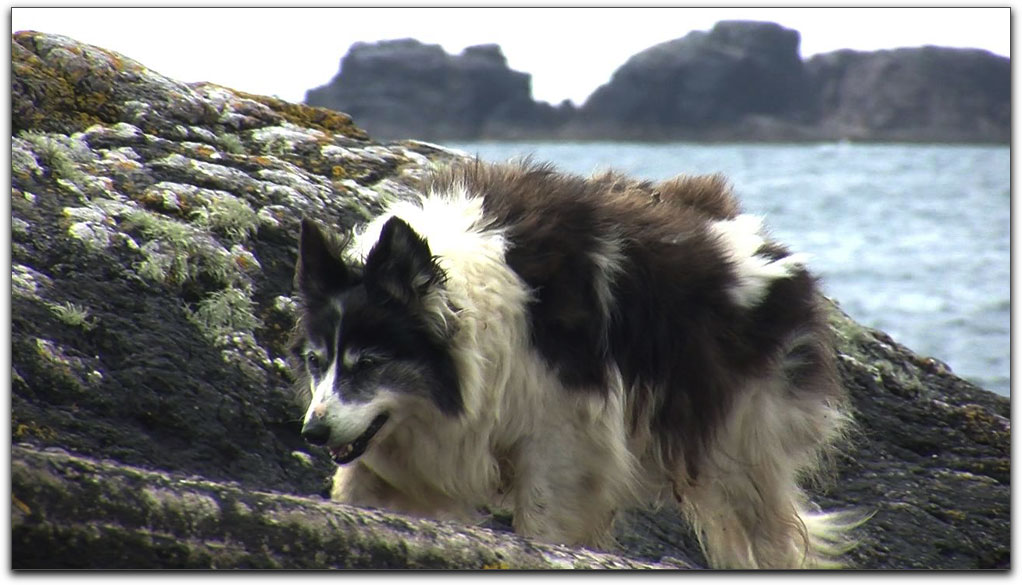 As impressed as I am, the HM100 needs some improvements. I have two gripes which, while I can live with, would prefer not to have to.

Number one - the microphone holder is too small. I use an MKH60 Sennheiser shotgun mic. and it doesn't fit into the mic. holder. JVC have gone for a smaller diameter to most professional mics which means a larger mic. needs to be used with an adapter to fit onto the camera. Not a huge deal but something which could be improved. 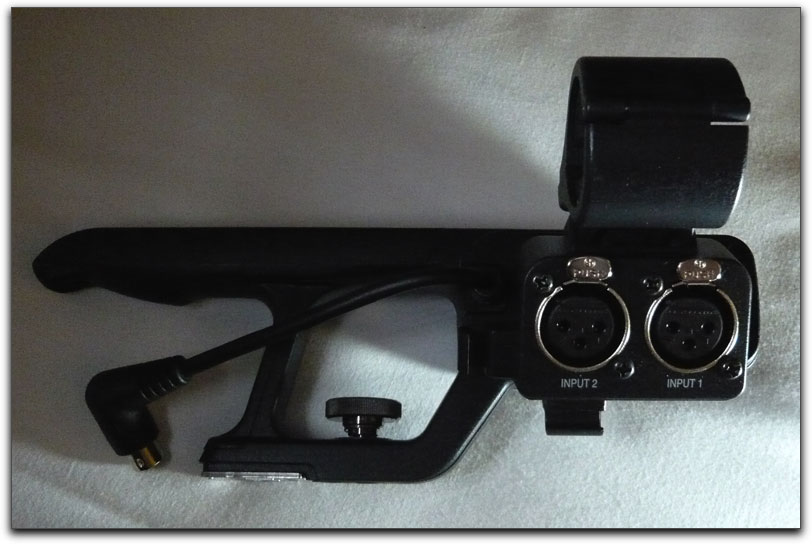 My second concern is that when one changes from one format to another - for example, shooting 1080i and then switching to 720 25P - the recorded clips on the card do not show when switching to view media. Naturally on seeing this one would panic thinking the media has been lost, however this is not the case. An indicator labelled "others" lets you know the media is there but not accessible. Once the SDHC card taken out of the HM100 and placed into a MacBook Pro all clips of all formats are clearly visible. So the word is be careful when switching formats and be very careful when formatting cards.

I have a third minor gripe which is when recording a long event clips are broken into segments of 3.45 gigabytes. These segments then need to be joined together for a continuous long record. This is not difficult to do, however, it is slightly inconvenient.

Gripes aside - this camera, for me the mobile filmmaker, represents the means to gather high quality XDCAM EX images which look sensational and lift the quality of what I can provide for myself and my clients. Furthermore, the SDHC to Final Cut Pro workflow using native QuickTime files is exquisitely quick, efficient and simply close to perfection. 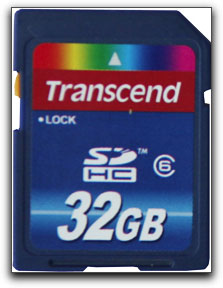 I've taken to media managing footage directly from SDHC card within Final Cut Pro as a means of transferring footage. Here one can name clips, build a project and have everything intact inside of Final Cut Pro ready to go with amazing speed. For fast-turnaround filmmaking this matters a lot.

I also own a Sony PMW-EX1, another camera which shoots to the XDCAM EX format. Having the ability to work between the EX1 and HM100 with both cameras shooting the same format, for me this is a massive bonus. Images cut together well - both with the same degree of sharpness and colour information, and no format or frame rate issues.

The HM-100 by JVC is a one of a kind baby camera with the quality of the bigger cameras. To my eyes the 1/4 inch chips produce images which look as good or very close to many of the bigger cameras. While the 1/.4 inch chips do affect depth of field - providing a much more of everything in focus look - there are many situations when this look works very well. Furthermore, by using the wide and tele attachment lenses, exaggerated points of view can be achieved. While this camera may not replace many of the big cameras out there, for many it will, and for others it will work beautifully alongside other cameras which cost twice and triple the price. 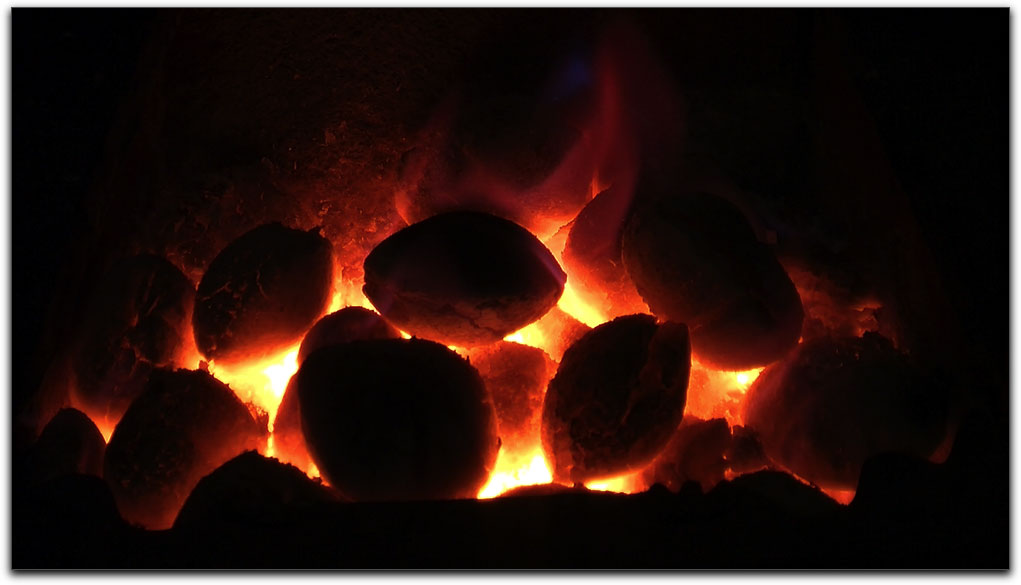 Rick Young is the Editor for MacVideo - a website devoted to post- production on the Mac platform and associated camera technology. Each week MacVideo features a movie of the week and an interview of the week.