Having a good sized monitor whether it is placed upon a camera's shoe, tripod or crane is as important in the production of creating the best imaging possible as having any other piece of gear. 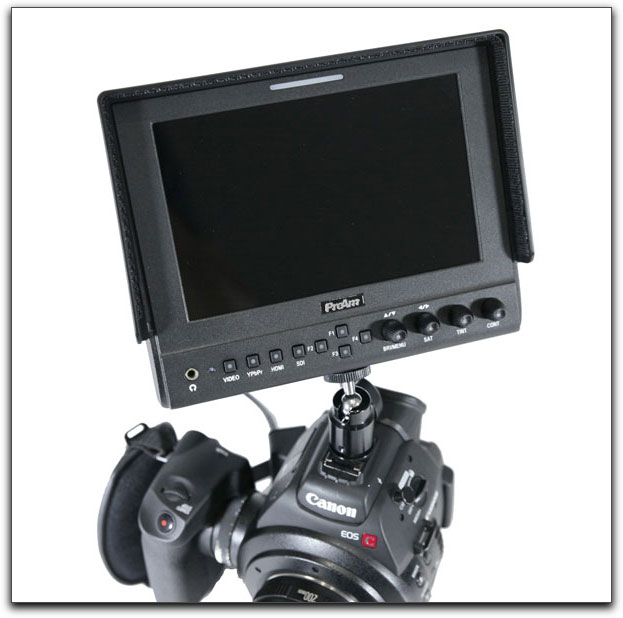 While ProAm manufactures several monitors to choose from, I was compelled to take a good look at the Pro Am 7" Iris Pro HD LCD which, while producing a 1280 x 800p image displaying a sharp and accurate imaging, may be comparable to several big screen TVs on today's market. The way I figure, is that the better image I see on the monitor, the more efficacious I can be when adjusting settings in the camera.

The ProAm HD LCD monitor comes with mounting plates for the Sony F-970, Canon LP-E6 batteries and an Anton Bauer mount which makes it more accessible and compatible with different cameras. It comes equipped with an HDMI input an output, RGB Component, Composite BNC video input and a composite REC audio6. XLR/DC 12V input. Also included with the 7" monitor are an accessory shoe mounting adapter, an HDMI cable, an XLR/DC power cable, AC adapter, a sunshade, and all in a well built hard case. 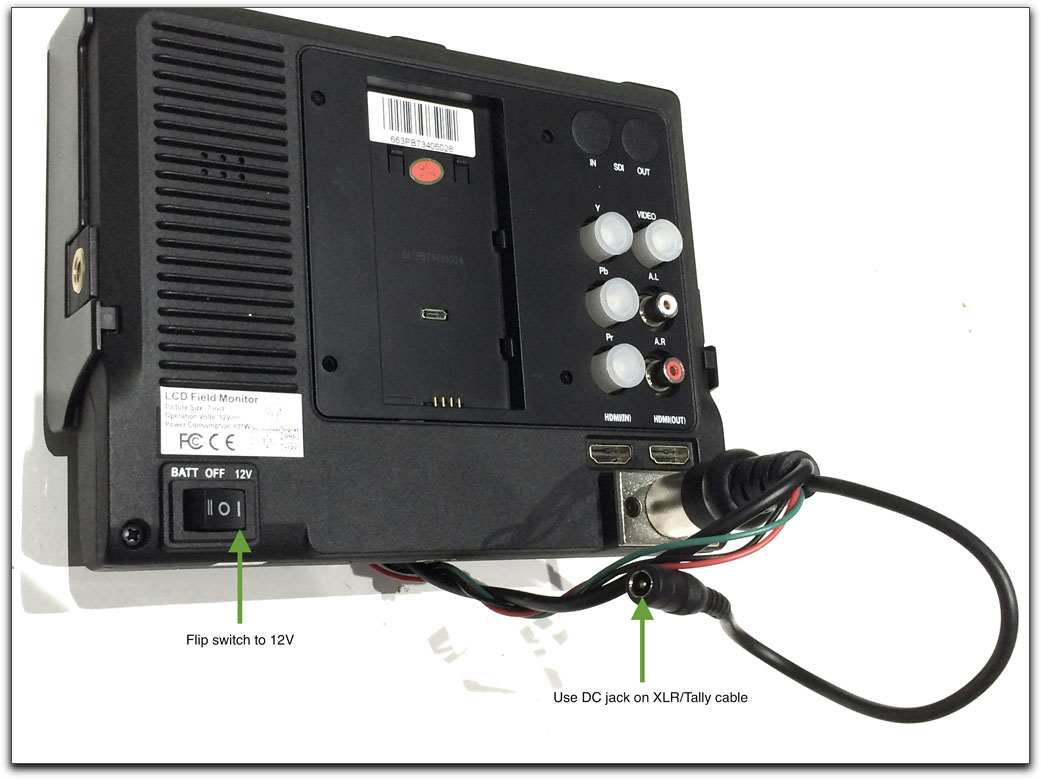 When place backside down, the flip power switch did not flip the monitor neither back or or off as I have seen with some flip switches in the past.

The 7" screen, producing a 1280x800 resolution, most certainly allows you to see more clearly and more accurately than most of the tiny LCD screens that come with the majority of DSLRs and camcorders. The big advantage is not just the size of the image but given that the contrast ratio comes in at 800:1, the sharp contrast and clarity that this monitor produces is most impressive.

Our tests included both indoor and outdoor shoots. Outdoors, even when we had no choice but to face the sun, the provided sunshade still proved to be a significant help in diverting ambient light away from the screen. During an indoor shoot we mounted the monitor on the recently reviewed ProAm USA Orion DVC210 crane finding it an invaluable tool when taking those aerial shots of my band, The Bi-Polar Express, performing at a club. It also received a lot of attention from audience members who 'just had to look' despite the band playing in front of them. The monitor does come with a built in tripod thread and the shoe mount enabled positioning the monitor easy and was well balanced on either the camcorder or DSLR.

The ProAm monitor reflects the guideline settings in the camcorder and menu offerings allowed for matching for white balance and most of the other in-camera settings. The monitor does not come with a mobile battery pack mandating that you use the AC adaptor, however, separate batteries can always be purchased. For outdoor settings, backup batteries are mandatory depending upon the length of the shoot. 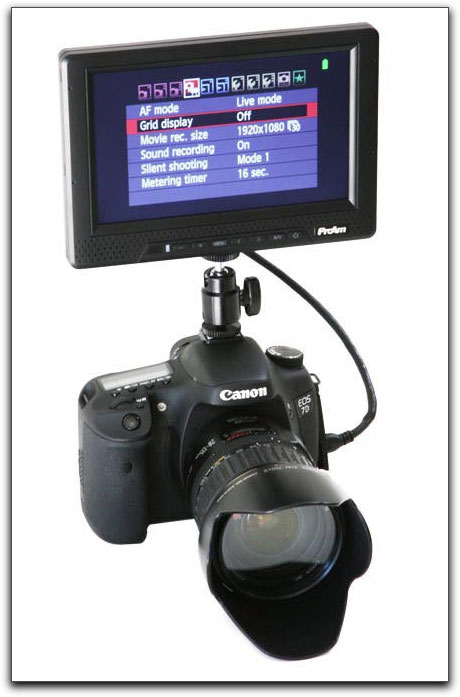 There is a bit of a learning curve when becoming familiar with the ProAm monitor's menu when switching between functions. It was not wholly intuitive. It was like learning where everything is on a new camera. No more or less complicated.

Bottom line is that the ProAm 7" monitor allows you to escape the severe restrictions that most DSLR and camcorder's little 3" or 4" LCD offer. Especially so when these cameras are high up on a tall tripod or crane, the ProAm monitor really fit the bill. That all settings can be seen on the monitor coupled with its high resolution makes this monitor a relatively inexpensive and necessary tool for most any production. 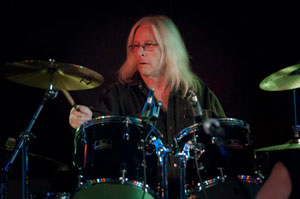