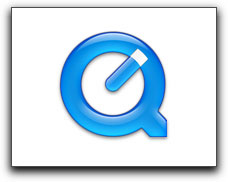 QuickTime is the engine that runs most (if not all) media related applications on the Mac, with Final Cut Studio being a prime example. You tend to hear often, "If QuickTime can open the file then you can work with it in Final Cut." That's because it's QuickTime that's doing all the heavy lifting with the codecs that enable it to play and manipulate all the digital files.

QuickTime has gone through many iterations--as of this writing it's in version 7.4. But a scarcely documented feature was added around QuickTime version 7.1.6 that is quite handy: The ability to display the actual timecode of a clip, not just the running counter.

I've loaded a DV-NTSC clip into QuickTime Player and notice that the timecode display field is showing a standard running-time counter. In this example, this clip is 58 seconds into the play range. 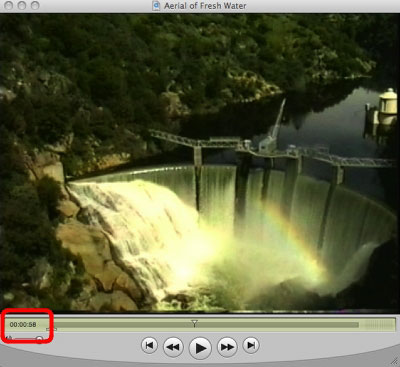 If you hover your mouse over the timecode field (Step 1), you'll notice that two opposite facing up and down arrows appear in the right of the window and the window itself takes on a highlighted appearance. If you then click on the window a contextual menu will open (Step 2) giving you three choices: Standard, Timecode, and Frame Number. (NOTE: In this example since my source media is Drop-Frame, QT appended that to the "Timecode" choice). 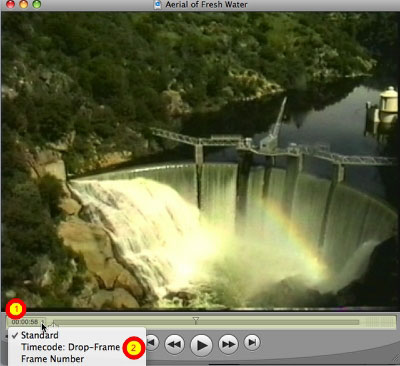 I selected Timecode from the list and now notice that the display field shows the actual source media timecode for the frame that I'm currently on, instead of the running counter. So, even though this clip's duration is just over two minutes I can see that it was captured at 00:36:30;00 into the tape. This can be really helpful if you're logging captured media away from your Final Cut Pro rig...or better yet you can just give someone you're collaborating with QuickTime movies instead of having to ensure they have a working and compatible FCP system. All they need is QT Player Pro and you can be referencing the same timecode, not, " I like that shot 58 seconds into the waterfall over the dam sequence." 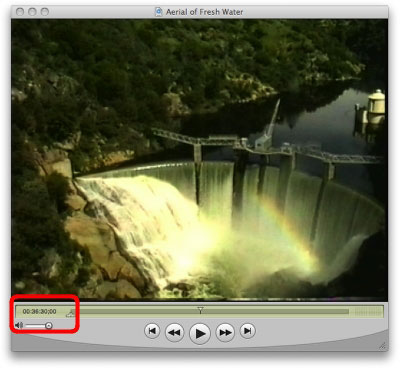 The last option in that pop-up menu is "Frames." This can be handy for effects shots etc. where you need to deal with ranges of Frames. It can also be helpful with Motion work because the defualt display in that app is frames. This is similar to the Standard running counter in that it starts at frame zero at the beginning of the clip and starts counting in sequence up from zero to the end of the media. 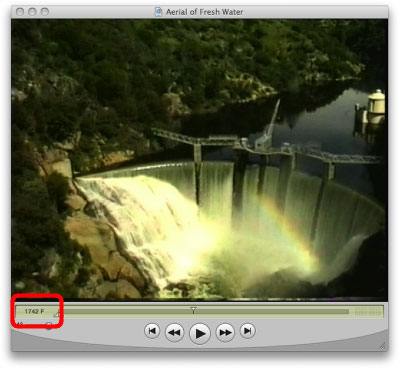 Like I said, this was briefly mentioned in the release notes and I have to admit it took me a while to find it--I was searching through the prefs etc. But this sure does beat having to either use a deck that does a timecode window burn or having to render a window burn in Compressor (or FCP) just so everyone on the post-team can reference common timecode.

In closing it's key to understand that QuickTime can only display data that exists in the source media. Meaning, if your file doesn't have a timecode track then there will be none to display.