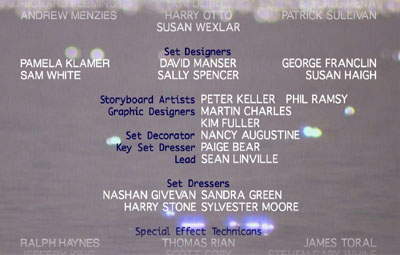 When Apple released FCP about three years ago they made a wise decision. Apple made its FXBuilder Scripts 'open source', so that any one who had the skill could write video filters, generators and transitions plugins for FCP. The first third party plugins, were the Eureka Plugins, written by persons unknown. Now three years later we have numerous plugin packages available to us.

As time has passed these third party plugins have become more sophisticated with greater functionality and control. In addition to more powerful plugins these third party vendors now have tutorials for their plugins posted at their web sites.

CHV-Electronics - Final Cut Pro Plugins by Christoph Vonrhein is the new kid on the block and these plugins up the ante. Feature rich, these new plugins are Vector based and work at the sub pixel level, producing excellent motion graphics. Another advantage to the CHV plugins is that you are not required to purchase the entire set of plugins, rather you can purchase smaller collections of plugins depending on your needs.

As one of the on going struggles for all FCP users working in DV is to get good quality Text, I decided to test the Text Collection from CHV, this collection offers two plugins, Credits and Sub-Title.

The Credits plugin does much more than simply scroll text up or down the screen. At the top of the controls window are the General settings for the plugin. Deflicker, border control (mask) with a Feather control to fade or feather out the text and overlays in the Canvas window showing border placement. Lineheight, Speed control, text positioning, and a Movie/Map which when used with a clip or image with an alpha-layer will use the alpha channel as a mask. You can also use the red, green and blue channel as well as the luminance of the clip. 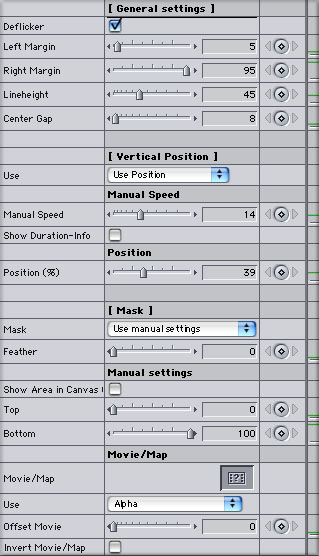 There are too many different features to list them all here so I want to go into those features which are unique to the CHV Credit generator.

Fonts
This Credit generator gives you the opportunity to define 9 different font sets to use in your credit rolls. Each font set, 1 through 9, can have its own custom settings, font face, size, color (an eyedropper is provided to sample colors from the Canvas), style, spacing, alignment and spacing (below left). When setting text in the Text box (below right) you enter the 'Font Setting' number, F1 through F9, to call up the text attributes for that line of text. You can also assign a screen placement to each of the nine different fonts; flush left, left of center, center, right of center and flush right. This allows you to create columns of titles. 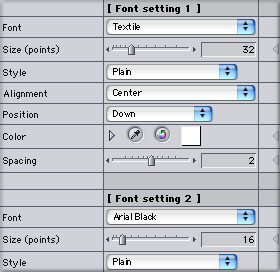 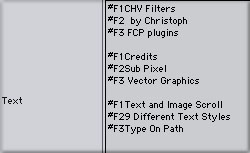 Shown below is a sample of three different 'Font Sets', #F1 - #F2 - #F3. I also have the Action and Title Safe overlay turned on. You can see a green and blue horizontal line running across the Canvas. These two lines represent the borders that I have set which will define where my titles fade in at the start of the credit roll and fade out at the end of the roll. 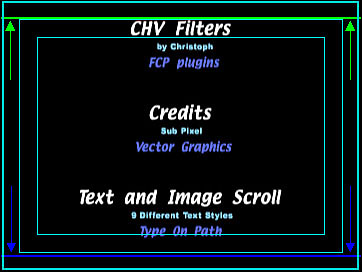 Text On Path
You start by turning on the red path line. You can swing the top and/or bottom of the path to the left or right as shown below. Your text will scroll following the red line. 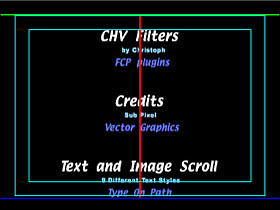 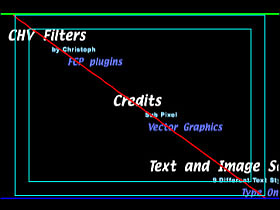 There are additional controls to turn the straight path line into 'S' curves or to apply a sine wave to the path for a more complex path. The path shape is fully controllable. 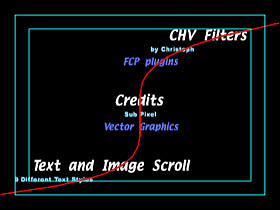 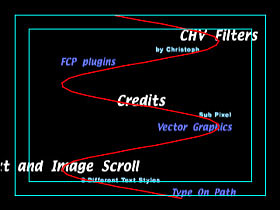 Images
Just like text, you can define up to 9 different images to use either with your titles or by themselves. Drop your video clip or still image into the 'image well', red arrows below left. The clip can then be sized, positioned and the opacity set, all of these parameters are Keyframeable. Most video clips will have a thin black border on some of their edges. Using the 'Cut Border' controls you can crop the image. Here is the most exciting part. When you use a video clip, the clip actually plays as it scrolls up the screen. There is a 'Offset' control, blue arrow below left, which allows you to set the starting frame for the clip. To enter your clip into your Credit roll simply call out each clip, Image number one, image number two, (#I1 - #I2) in the Text box as shown below right, red arrows. 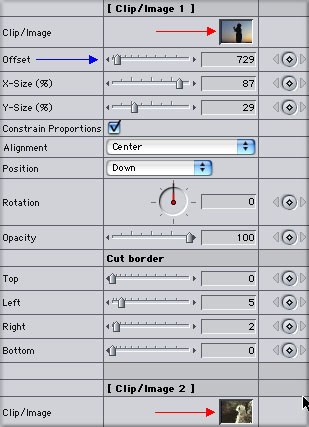 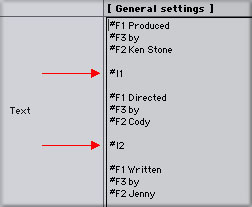 In my video clip below, as my video background plays, small images with titles on them fade in, scroll up the screen and then fadding out as they play. When rendered titles are sharp and the motion is excellent as it plays on NTSC. 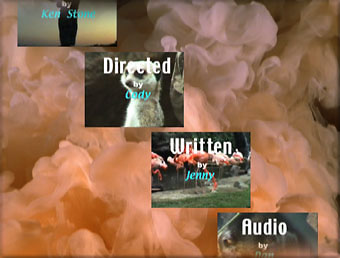 There are additional features. When you use "Manual Speed", the credits will roll with the speed you define with the "Manual Speed"-slider. The duration of the credits will be displayed in the Canvas window when you activate "Show Duration-Info". "Movie/Map", with its Image Well, uses a clip or still image as a mask with channels Alpha, Luminance, Red, Green, and Blue. 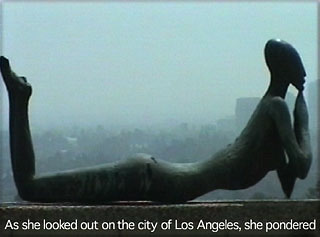 The CHV Sub-Title is a title generator with a split personality. While it can do sub-titling work it has other features that make this title crawl generator more versatile. You can have one, two or three lines of titles scroll across the screen. Each row of titles can have its own font style, size, aspect, style, spacing, color and auto kerning. There is both vertical and horizontal positioning of the titles and the ability to have titles alternate colors. You can fade the title crawl in as it appears on the screen and fade it out as it leaves the screen. 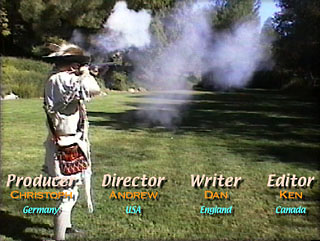 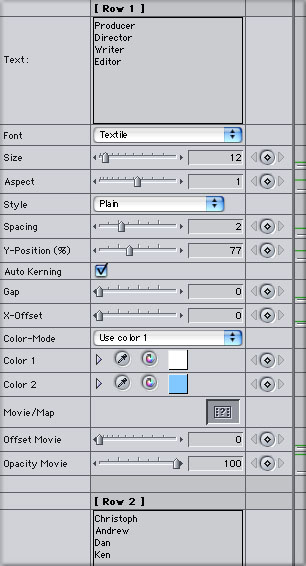 In addition to having Titles on any of the three rows you can have images in place of titles. Like the Credit generator you can use up to nine different images with your titles. 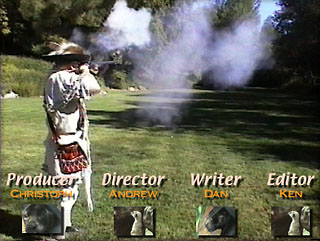 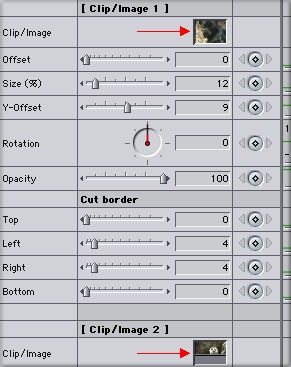 Sub-Title has a "Movie/Map" Image Well with the standard FCP Composite Mode options available which will use your titles as a matte. You can add a background, invert background and text, use a clip or still image as a color map and generate an Alpha mask. 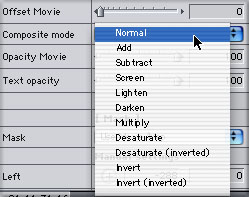