One of the most powerful features of Final Cut Pro is FXScript, the application's native effects language for creating or modifying generators, filters and transitions. FXScript was used by Lyric Media to create Drawing Tools, a set of very interesting and useful generators for constructing geometric shapes and lines in FCP and FCE.

The $39.00 web download set is used to generate lines, curves, polygons, ovals and circles, grids, arcs and wedges ­ all of which with parameters that can be extensively keyframed. The RT and non-RT versions are packaged together. More on the difference between the versions later.

The set of generators resides in the plug in folder of Final Cut Pro in either the user library or system wide in the root Library. To generate a graphic shape, simply elect your shape from the generator drop down menu in the viewer. 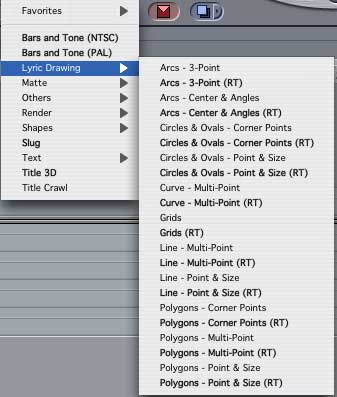 Numerous controls determine how shapes are drawn. They include center point, size sliders, bounding corner points and freehand placement of all points. More controls determine the "look" of the graphic element and how it is animated, including independent frame/fill color or fill clip, line thickness, rotation and scale, frame/fill opacity and edge softening, variable-size start and end arrow heads, corner-rounding, fill beveling, and drop shadows. An additional automatic fade in/fade out is included.

I created an arrow graphic element using the generator, and then revealed its animatable properties. 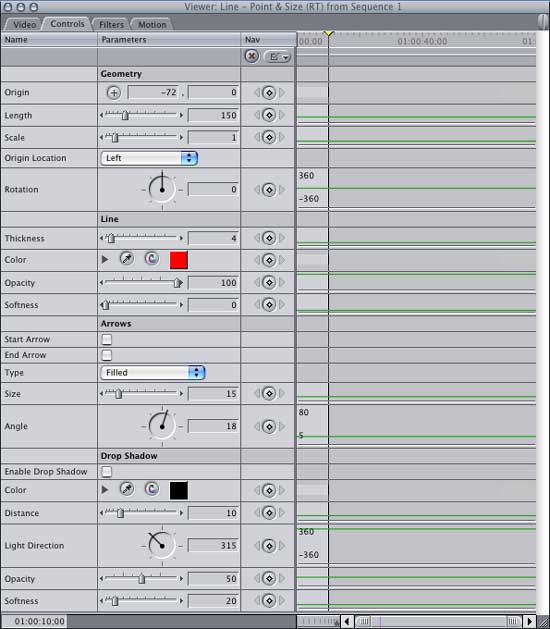 Note that virtually any attribute of the graphic element can be animated ­ over 20 parameters are provided. In contrast, FCP's basic shape generator provides four shapes and four properties.

The default appearance for the line generator is a simple horizontal red line. 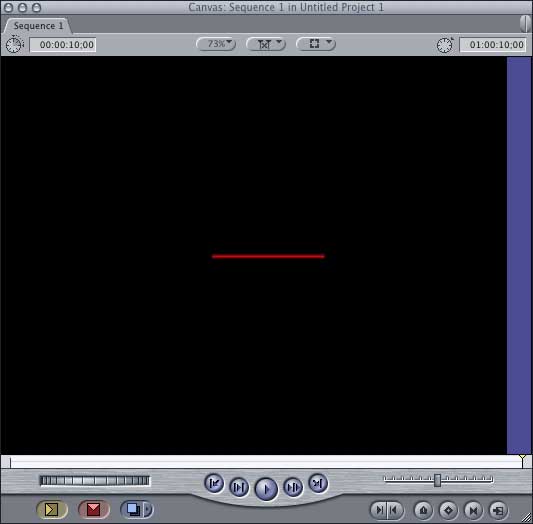 The appearance of the element is quickly changed to suit whatever purpose required in your Pro and Elements project. 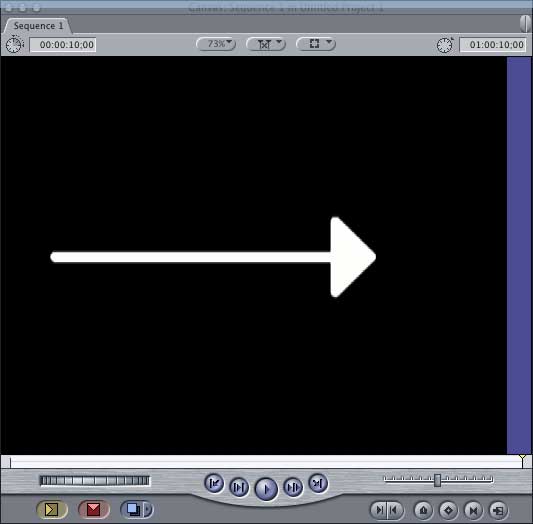 Additional graphic elements can be created and imposed over video as depicted in the screen capture using grid and line in a golf swing instructional piece. 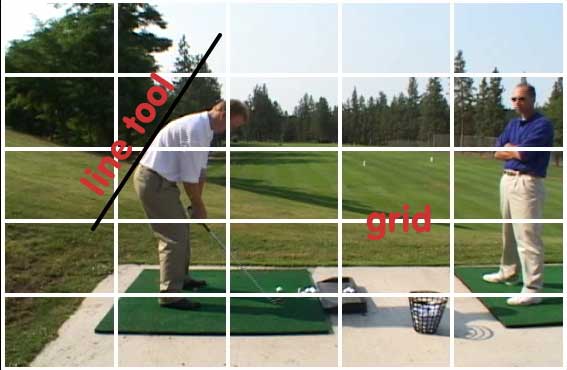 Virtually any geometric shape can be created, and animated using the generators. All generators share basic animatable properties and others add elements specific to themselves. Separate controls are provided for drop shadows, softness, and opacity. Drop down menus are included in many generators to control additional attributes specific to that generator. 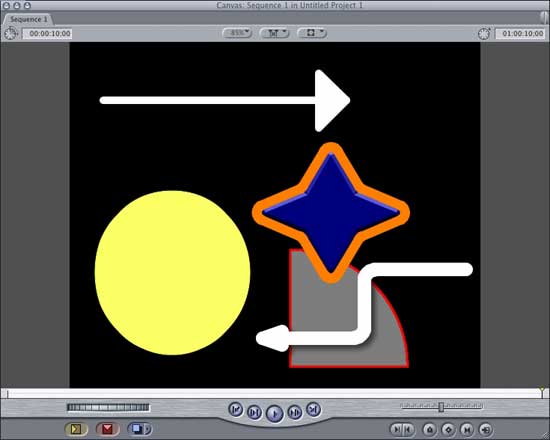 Because these generators are FXScript-based, for those most part they provide real time output. As you stack layers and animate attributes, however, you will eventually lose real time output depending on your specific computer configuration.

Two separate sets of generators are provided, RT and non-RT. Non-RT generators provide two additional parameters that act as placeholder for either still clips or videos. An image or video clip can be dropped onto the Line Image/Clip well and that generator will be revealed with that clip or image. They must be rendered however to see the clip or video. 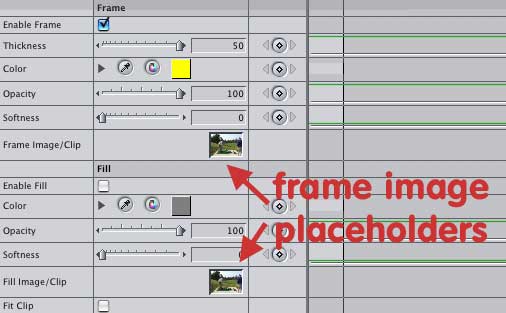 After first examining these generators, I contacted the developer to suggest some changes that I believed might improve their functionality. He quickly responded and provided a new set to account for the suggestions I made. This demonstrates, at least in my mind, a receptive and committed developer.

An on line manual is provided at the company's web site (http://www.lyric.com/fcp-plugins/drawing/toc.htm). Hopefully a downloadable pdf version will be shortly available. A downloadable demo set is also available at the web site.

Drawing Tools are a well-designed set of generators with dozens of animatable properties and parameters. They are easy to use, intuitive, and can be quickly layered and animated to achieve any look consistent with your needs. I'm unaware of any competing product that provides this much control and functionality at such an excellent price point.