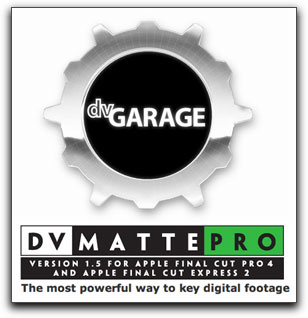 
For those who have been involved in the process of chroma keying or for the hobbyist who has longed to pretend he was the weatherman at his local station, chroma keying is far more involved than the uninitiated might think. Lighting continues to be a major consideration and training or practice will certainly help towards the improvement in the quality of the keys. DV Matte Pro from DV Garage makes the whole process a whole heck of a lot easier.

The software comes with an excellent 17-page manual, and even more valuable, a 15-minute QuickTime tutorial, which takes you through the initial process of completing your chroma, keyed project. While it doesn't make you an expert, it gets you started with a solid foundation when using DV Matte Pro.

While I got tired of waiting for my new light kit to come in, I had to go with some inexpensive construction lights and whatever other diffusing materials I could come up with. Even with that inefficient lighting system I was still able to do a fairly decent keying job and found that DV Matte Pro was pretty easy to use. Installation was a snap, just follow the guidelines in the "Read Me" and you're ready for action. It is the finer adjustments of various parameters that will take the new user time to learn, but the basics are all there. 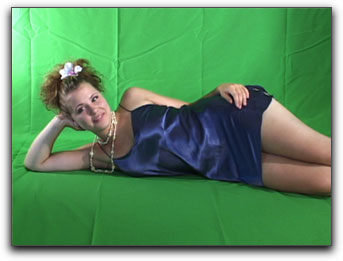 The DV Matte interface is logical and easy to work with. There are 5 basic VIEWS that one must focus on. Each one has separate parameters that are set in a completely sequential and logical order. 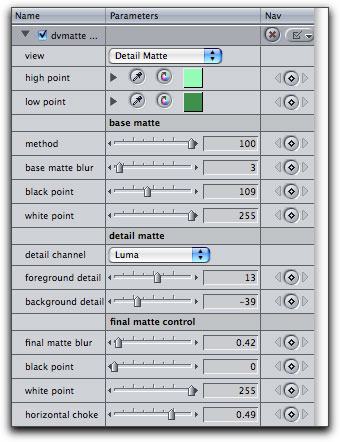 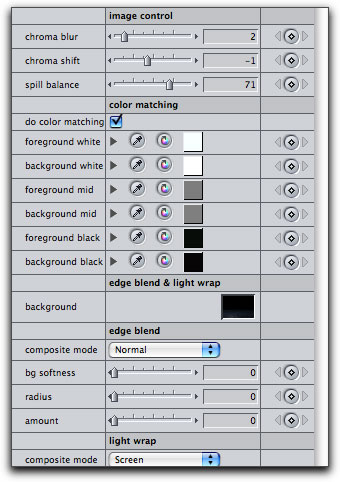 Most of the DV Matte Pro Parameters

Taking you quickly through the process, first is the source material around which I placed a basic garbage matte from the CHV plug ins collection. 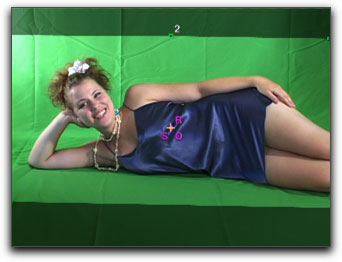 Then one uses the eyedropper to key in on both the high and low lights of the object being keyed. Next you switch the view to Basic and adjust the method, base matte blur and black/white points. You can view your matter so far in the canvas as every adjustment is instantly displayed in the Final Cut Pro canvas. 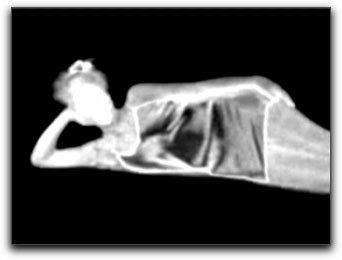 Next we switch the view to Detail and make our adjustments to the foreground and backgrounds after which we proceed to View/Final Matte and set the parameters for final matte blur, black and white points and the horizontal choke. We also have the options to set color matching, light wrap and edge blending in the composite modes. Our final view is that of the composite that you can then place upon any background of your choosing. 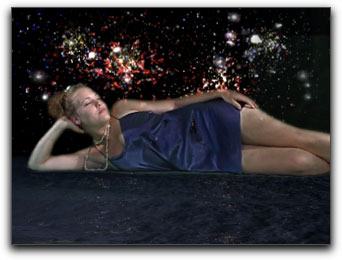 Composite Matte on top of background and foreground animations

To complete a perfectly clean matte requires time, patience and practice which doesn't mean that you can't have a bundle of fun creating usable mattes and effects. 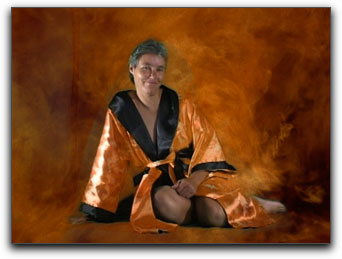 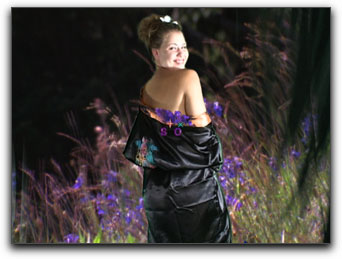 What contributes to making DV Matte Pro such an excellent product is that while it is so very simple to use (once again, that tutorial movie really does help), it gets the job done with real quality. Matching your fore and background colors was a snap, the spill suppression was automatic, the edge blending was subtle but effective and rendering was more than reasonable on my G5.

It seems that most everyone is enthralled with chroma keying and the magical effects it allows one to do. Using DV Matte Pro provides an easy and logical way to do just that.

Have fun with it. - Steve