Quicktime Looping Video Sets - $49.99 on CD or DVD
Clips can be bought individually for between 3 and 10 dollars
downloaded directly from the site using pay pal.


I've reviewed many sets of animations over the last few years; some were better than others though all of them were good and had something to offer. Just recently I heard someone mention the G Man Animations and, though never having heard of them, looked them up and received a healthy sampling of what they had to offer. Proffering animations in both looping Mpeg 2 and Quicktime formats, the animations I received had to have been some of the finest quality I have viewed to date.

When I first received the discs I couldn't understand why they would not play smoothly. I, being no wiser than the next, had failed to read that old "Read Me First" text prior to using. If I had than I would have known in advance that the QuickTime player cannot play full screen, PHOTO JPEG @ 100% Quality (uncompressed), 30 fps video smoothly. Because PHOTO JPEG is a very high quality codec, your computer simply cannot read the data fast enough to play it smoothly. You will need to bring the clip into your NLE and render the movie in the codec suited for your system. Once I got over that foolish feeling and called myself a dummy a few times, I simply copied a few of the clips onto my desktop, imported into FCP, did a very quick render and off I was.

Chris G., hence the G Man moniker, has produced some startling real life animations here, many of them of photographic quality that even the sharp eye would have trouble discerning between what was real and what was not. His animations using water and waves are beautiful renditions of very high quality ocean scenarios easily useful whenever required. Each is more than a moving picture; they create their own esoteric atmosphere. The Seawave clip provides one with the desolated feeling of being in a barren wilderness surrounded by a beautiful but frightening loneliness while the GmBlue Sea provides a different sort of beauty against the glowing moon of a star filled sky. 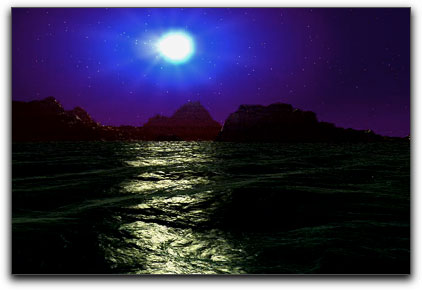 His animations cover a variety of themes from various Abstract and Organics, Clouds and Skies, Worship and Religious, Water and Waves, Space and Planets and other, more difficult to categorize animations.

The Gm Asteroid clip presents meteors passing over a planet, their shadows following them in a unique outer space clip. You can see the entire clip on the Gman Video site. 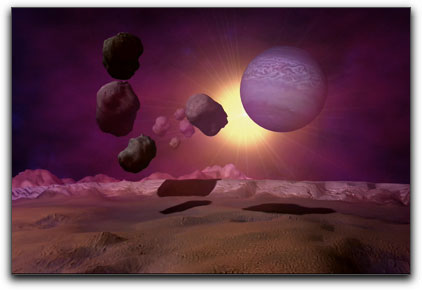 Another theme collection is their Stars and Stripes set consisting of a myriad number of flags, glowing and circling stars and globes. Easy to put your own website logo on these and use them for background motion graphics.

'Who me? Self-promotion? Nah!'

I was very impressed with the sampling from the Clouds and Skies set, his Plasma Sky clip provided a gorgeous night sky as a backdrop for most anything your imagination or project demands. 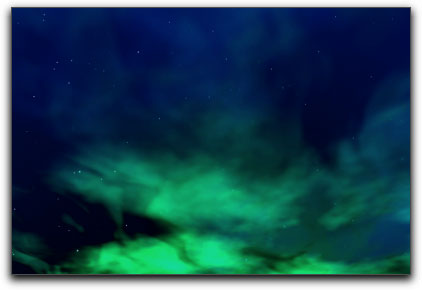 Most of the G Man video clips provided are easily looped. They can be downloaded as Mpeg 2 clips on site, purchased individually by clip or collection, or purchased as QuickTime clips via CD or DVD.

I can't recommend these animated clips strongly enough, their diversity I haven't seen in any collection, their cost is inexpensive and their quality is rivaled by only the very best out there.