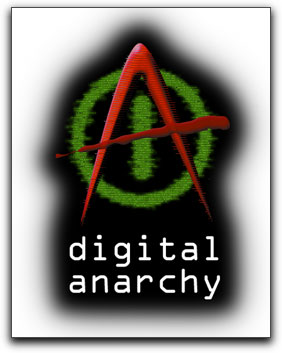 
Digital Anarchy has been around a good number of years and has proven its meddle by developing some of the finest plug-ins available for After Effects and Final Cut Pro. My first venture with this company came in the form of their Psunami plug in for water effects that is simply outstanding in its creative latitude. Even so, it took me a while to get the hang of it, as it really can be a bit complex. This comment may also apply to some of their other plug ins for After Effects and Final Cut Pro, but once you get the jist of how to manipulate the many parameters, they have proven to be well worth it and can truly expand your creative horizons.

With Plasma FX, a set of 26 filters, there is almost no learning curve. Application of any of these filters is simple and greatly intuitive whether you use them in Final Cut Pro, Motion or After Effects. Plasma FX 1.0 is built to run in Adobe After Effects 7.0 and higher, Final Cut Pro 5.1.2 and Motion 2.1.2 and only in Macintosh OS 10.4 or higher. All of these filters were created using Apple's new Quartz technology, which works with Mac OS X's core image system, which provides support for multi-core CPUs and the latest Open GL graphic cards. FxPlug support in native functionality for Final Cut Pro and Motion and no resolution limits, whether using standard or high definition, or film, is also a step up in efficacy.

The Plasma FX filters have the necessary parameter adjustments you would want and in several cases even more. While I have seen many similar filters from other companies, the results found when working with the Plasma collection tend to leave many of these other companies behind. I'm not going to profess that I know how they do what they do, I'm not a FX script writer or designer, but I found all of the filters to be simply top notch in quality.

One filter that stood out for me is the P-Topology Filter, easy to use and may provide a variety of applications. 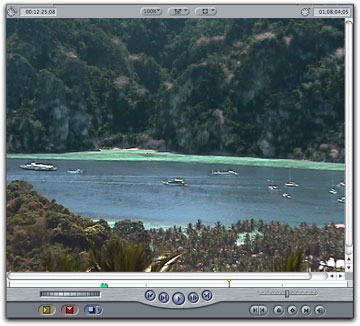 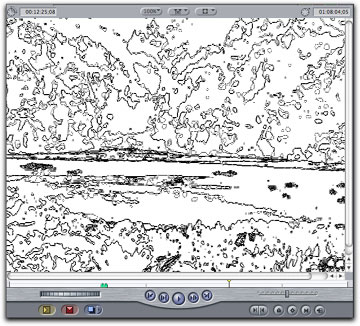 I had a ball thinking of ways to use the P-Xray filter which utilizes a few of the same inner workings as the Anarchist Edge filter but provides the ability to invert the results with the glow similar to a real X-ray projector.

Here we have the original, a Frog Fish from Indonesia For those old enough to remember, we now have the original
monster from "Forbidden Planet". It used to give me nightmares,
how did I know they borrowed this from Digital Anarchy?

The P-Anarchist Edge Filter was another standout filter that worked well in several editing creations. It is a shame that you cannot see the key framing possibilities rather than these screen grabs, but this filter can go a long ways in a sequence. 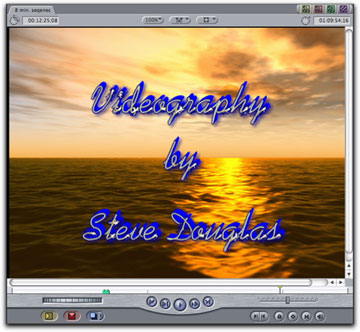 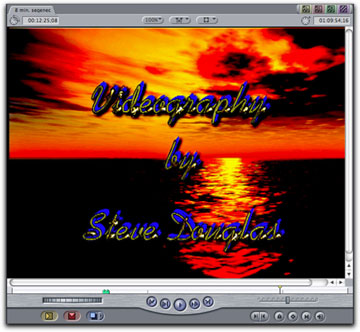 The original and final clips 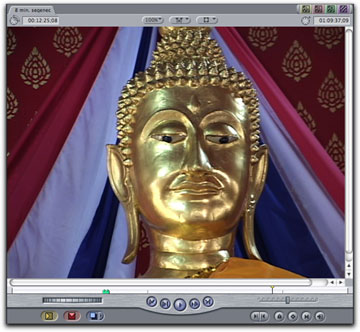 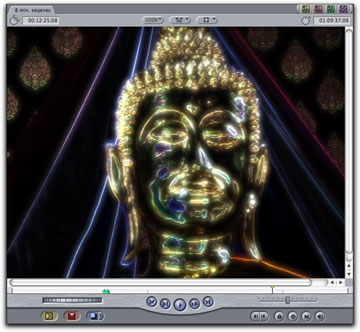 The P-Bubblewrap filter was just as interesting to me. It has controls for the displacement and size of the bubbles, as well as for the amount of contrast that is desired. I applied it to a frame of a cuttlefish for this appropriately watery effect. 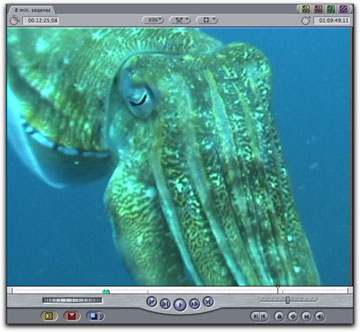 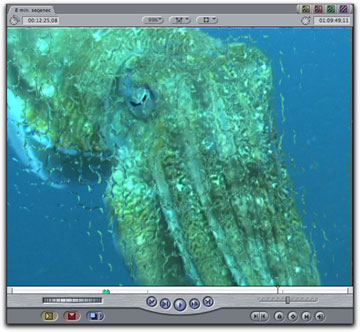 The P-Expose filter enabled me to make a dramatic improvement over the original exposure of this clip. The deepened blacks and stronger contrast makes for a more powerful image. 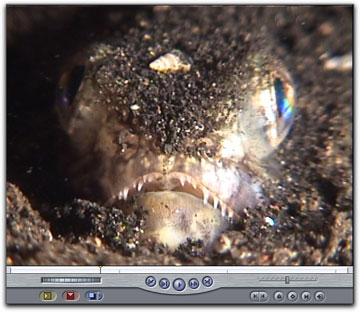 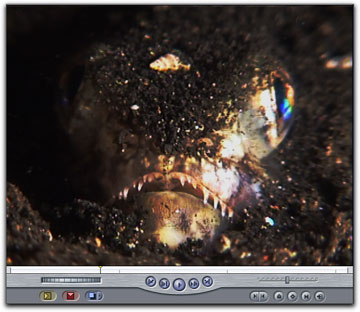 Improving the overall exposure and the intensity in the blacks makes for and obvious quality difference.

From the original frame of the boat approaching Darwin Island in the Galapagos, the Plasma Poster Art does just that, creates an easy to apply, artistic representation. In my case, a Peter Max pop art. 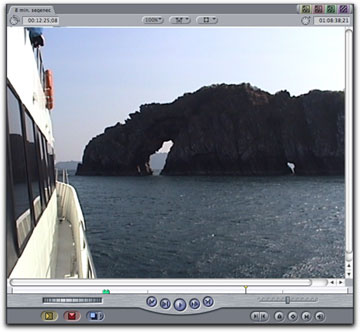 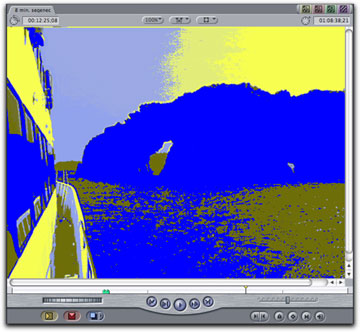 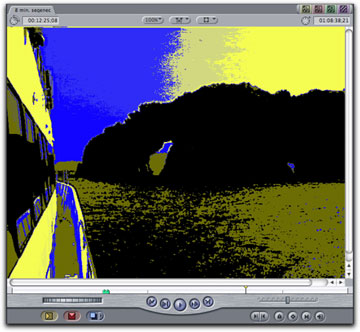 I thoroughly enjoyed what I could do with the P-Impasto filter which creates an almost 3D image, while the Plasma FX 1.0's Old Film's default settings alone did the trick. 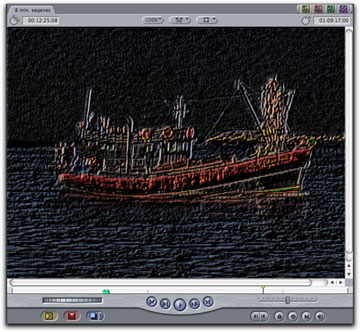 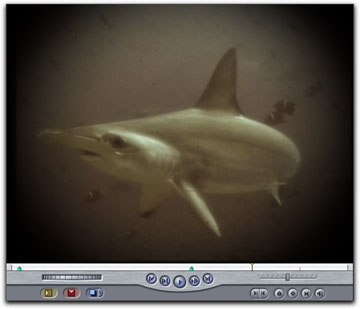 One of these days I will need to purchase one of the newer, more powerful Macs. I certainly haven't noticed any companies sending one to me gratis. However, even with this 2-year-old DP 2GHZ G5, 2gigs of ram and a Radeon 9800 Pro graphics card, rendering of a 16 sec clip and the Ink on Glass Filter took a reasonable 1min, 11 seconds to complete.

I have always made it a point to mention a company's website and whether or not free tutorials were available to the purchaser who might not know how to achieve the same effects advertised and demonstrated by the company themselves. Having a tool and not having any idea how to use it is like not having it at all. Digital Anarchy has always provided excellent tutorials for their many plug-in packages. While ones for this new Plasma FX set are not up on their site yet, I am confident that they soon will be.

Thus, my bottom line for Digital Anarchy's Plasma FX plug-ins package is that you just will not go wrong with its purchase. I had no complaints with their use or application. The plug-ins were rock steady, produced quality results and are surprisingly inexpensive. Even more important is that this set of 26 Plasma FX plug-ins is a collection that you will actually use in probably quite a few productions.