Producing inexpensive, well-keyed green screen footage has always been a challenge for motion graphic artists. Not only is it difficult to create correctly lit backgrounds, but the actual keying process is inevitably part art and part science, and often produces uneven results.

Enter Post Holes, a company that sells royalty free, pre-matted standard definition stock footage for use in FCP HD, After Effects, and other compositing programs compatible with QuickTime format digital files. The short video clips are available in separate DVD collections containing thirty clips saved in the animation "plus" format. The first set is called Emotion, and the second, Character. Each sells for $149.00. A combined set containing 60 clips sells for $249.00.

Post Holes describes the "Characters" set as "a cast of oddball characters doing off-the-wall things like running around with a chainsaw, stuffing their face with a doughnut and dancing a jig while wearing a business suit." They include business people, baseball players, a dancing cheerleader, fit men and women, and a variety of characters performing various tasks. Although the collection is not suitable for every application, there is more than sufficient content for a variety of uses for the motion graphic artist. When the availability of an alpha channel is factored in, only your creative capabilities limit their usefulness -- which is this product's primary selling point -- versatility. 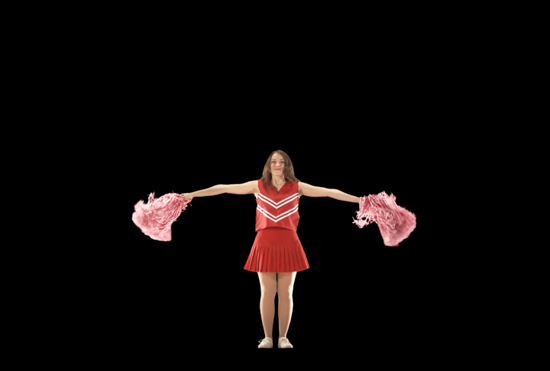 The clips run roughly 21 to 30 seconds in length, but are not seamlessly looped. The Emotion set is comprised of thirty clips "featuring people exhibiting various emotions ranging from laughter and smiles to sadness and disappointment." The characters range from students wearing graduation attire to prayer to contemplation to physicians. Some are revolving shots, and others are overhead shots. 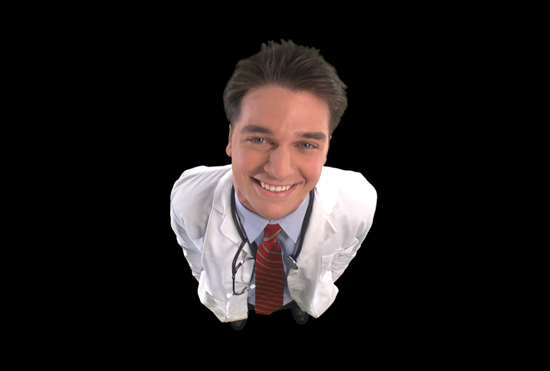 The company suggests a number of varied production uses for these products at its web site. They include still shots, program openings, segment bumpers, commercial spots, and in DVD menus. These suggestions are both helpful, but really mark a starting point for other creative uses. Obviously you must marry the right clip to the right application, but as I stated earlier, the available alpha channel changes the equation significantly, by permitting the use of filters to alter the original look of the stock clips.

Once in a compositing or motion graphics program such as Motion or After Effects, a variety of filters and other special effects are available to produce entirely different looks. This is the environment where the usefulness of each clip is greatly increased. For example, the stock cheerleader clip appears as follows: 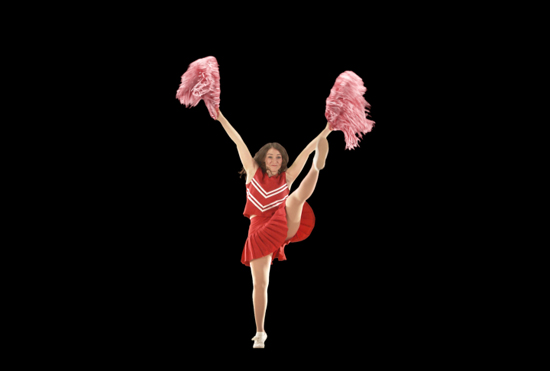 Import that clip into After Effects, and apply a simple fill filter to the clip, and you produce an entirely different look. 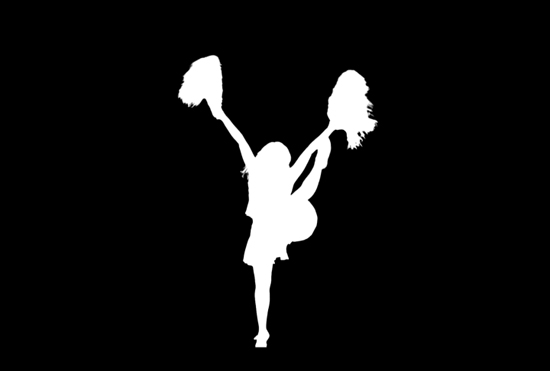 Export the composition as a lossless with alpha movie file, and import both of the files into Motion. Add a little compositing work, and you have an entirely different look. 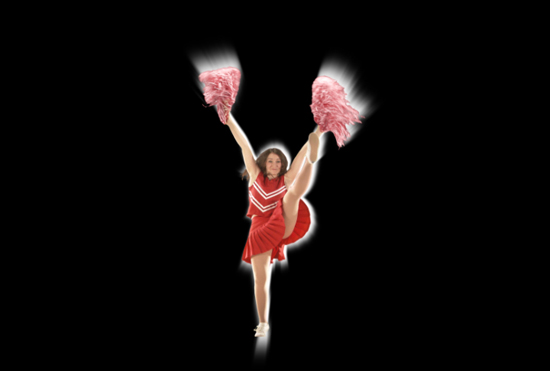 Because these movie clips are pre-matted, they can be modified using any available filter to produce some very appealing results. Clips can be duplicated, combined, further animated, and used with transfer modes to further alter their look. Or they can be incorporated as background elements in motion menus in DVD SP, and other packages. 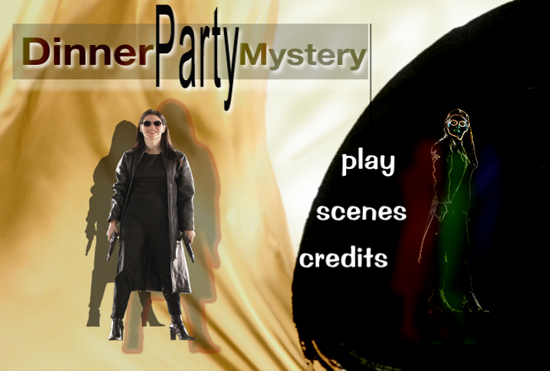 Post Holes shot the footage in high definition, and formatted the clips to the CCIR 601 NTSC standard of 720 x 486 using non-square pixels running at 29.97 fps. The web site offers individual clips at $40.00 per clip. Thumbnail previews in QT and WMA are also available. The company plans additional releases following the first of the year, and will be exhibiting at DV Expo in Los Angeles next month.