Pro Apps Tips from Intelligent Assistance
$5.95 each or $14.95 for volumes #1, 2 & 3
www.intelligentassistance.com
www.proappstips.com

What we have here is a genuine New Orleans gumbo, you're not 100% sure what's in it but you know you're in for a treat. This stew is chock full of a variety of editing tips and tidbits, interesting reading and workflow suggestions for working in every application of Final Cut Studio, Compressor, Livetype, OS X, Logic, and Quicktime Player. Downloaded as PDF files ranging from 3.8 to 4.7MB, each of the three current volumes of Pro Apps Tips provide anywhere from 132 to 166 pages which will feed you hours of reading during your down time at the airport, in the loo or pretending to listen to your mother-in-law. 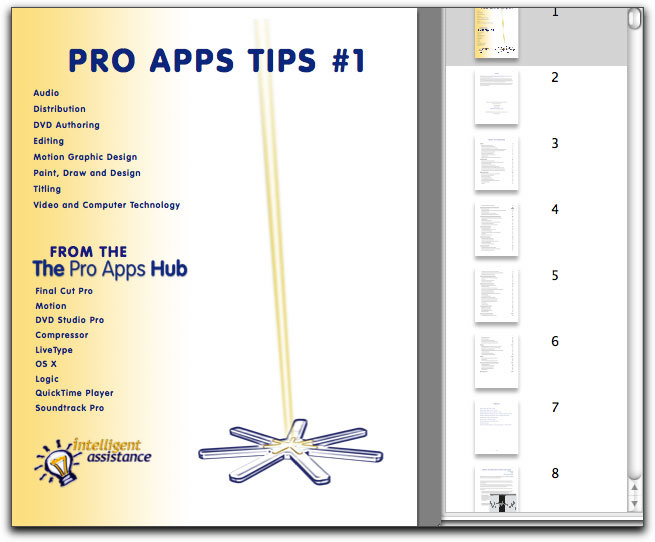 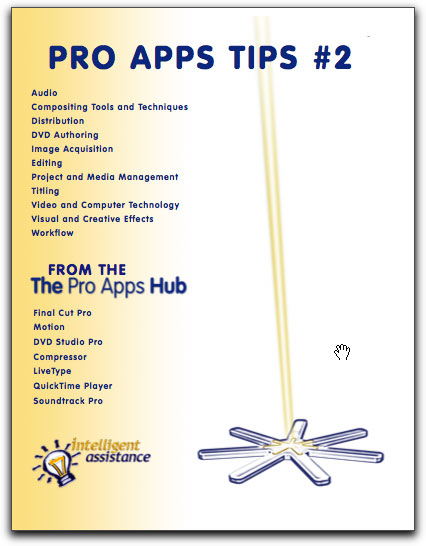 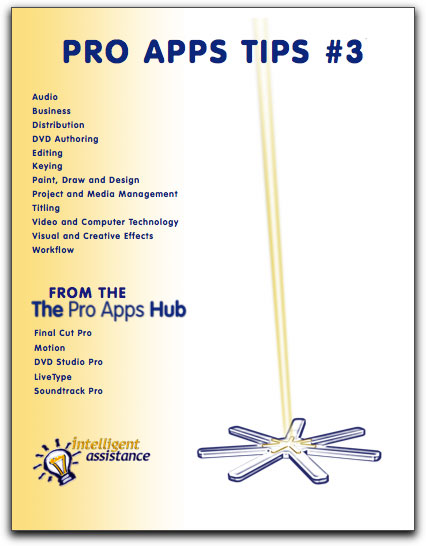 The major chapter headings hide the hundreds of mini chapters and tips. Each PDF of Pro Apps Tips is a novel of information. Each volume of Pro Apps Tips offers a large serving of mini chapters on Audio, DVD Authoring, Business, Distribution, Editing in FCP, Motion, Live Type, Chroma Keying, Media Management and a whole lot more. The three volumes downloaded easily and don't take up too much room on your hard drive. Printing up special individual chapters or tips for your library might be a good idea as there really is an awful lot of information here and trying to remember which section was on which volume may be a real challenge to the memory impaired.

When scrolling through each volume's index you may click on any section and it will automatically bring you there. No need to go page by page or use the scrolling wheel on your mouse, which can get old. The only negative is that once you have jumped from one page to another, there is no instant way to get back to the index. Typing in the page number is your best bet at this point. 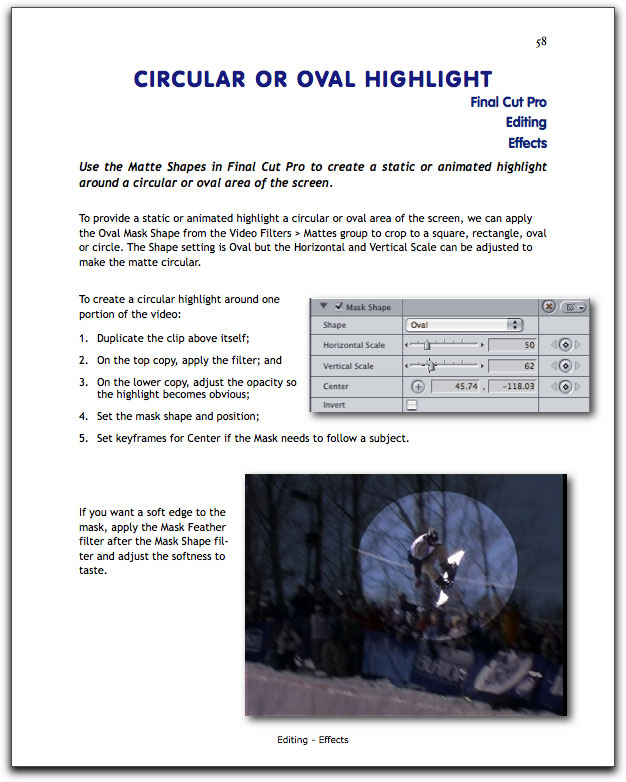 Just one example of a plethora of useful tips and helping hands
to be found within each Pro Apps Volume. This one is from the new Volume 3 Pro Apps Tips.

The bottom line is that I wasn't kidding about Pro Apps being the perfect companion on a long flight to anywhere. Download these to your laptop and you will be able to wile the time away as the miles fly by. Sometimes working harder is not necessarily working smarter and using just some of the workflow and editing tips found within these volumes might save you hours of time, and time is money these days. The Pro Apps Tips from Intelligent Assistance provide the type of reading where-in you will find just those certain nuggets of gold that may make you hurry home just to try them out. There are definitely several 'I didn't know that's' and 'Wow, gotta try that's' to be found but it is up to you to do the digging. Its all here, now get that shovel and have fun.