It certainly does not surprise me that more and more companies are bringing out royalty free collections of footage and animations in high definition. Many of the collections I've seen are simply high definition versions of previous standard definition collections. This can be a great thing, especially if you have several that are favorites, which you've used in 4:3 standard projects and hope to use again for your current HDV or HD projects. Additionally, there are new collections available as well.

VCE has recently released a five-disc collection of HD, royalty free clips entitled Pyromania HD 5. Do not get think that this is an entire collection of only fire related clips. That is in name only. Actually there are five separate discs encompassing three themes. Pyromania HD, volumes one and two, focuses on fire, explosions and burns. 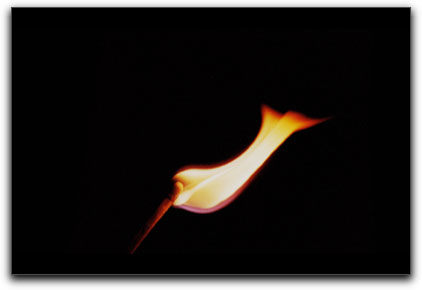 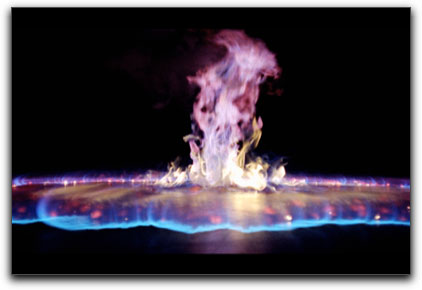 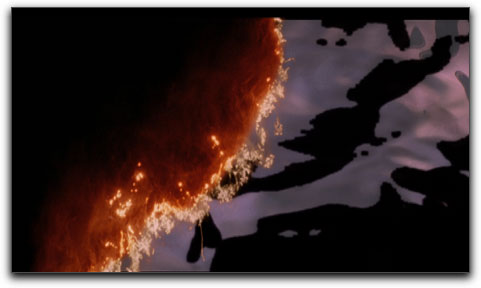 With the supplied alpha channeled version, a gas fire on water becomes possible
or it can easily be used for that burning transition between clips.

Next are two discs, volumes one and two that key themselves towards background effects appearing to be forms of wormholes, time warps, glints, and lighting animations.

A simple crack from the Visual FX HD vol 1. 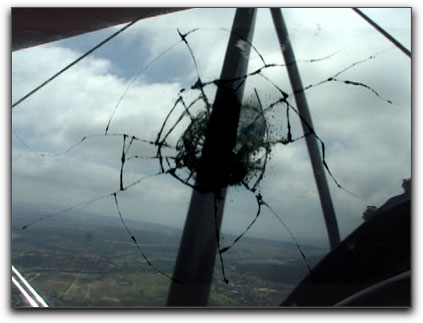 In FCP, went to Modify, subtract, and that crack is now on the
plane's windshield. Cracked in HD color and resolution. 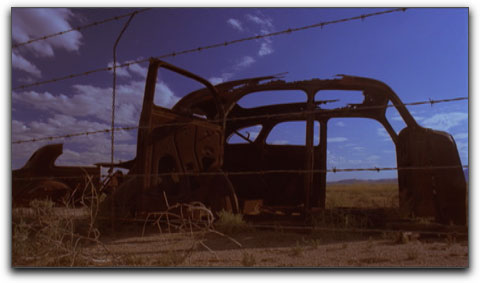 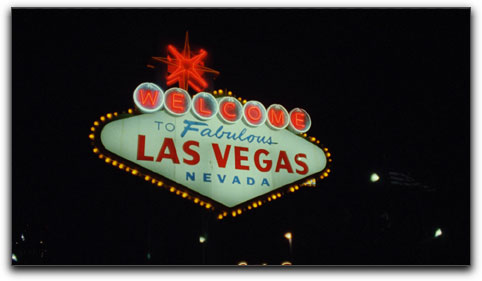 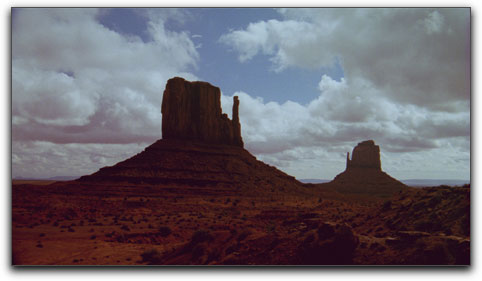 Top quality resolution and detail that can't be beat.

The VCE website really provides the user with some helpful information via a few tutorials, examples and thumbnails of the clips offered on the discs. It is too bad that each DVD does not supply its own thumbnail versions for preview as copying a clip over to the hard drive does take a bit of time and I find it hard to predict what the animation will be from just viewing the jpegs supplied on the back covers. I can live with it however.

Once you put the DVD in your drive, do remember to copy the clip you want to the hard drive before importing into Final Cut Pro, Motion or whichever application you are using. The files are simply too big to run off the disc. Even when copied over to my hard drive on a 2Ghz G5 with 2 gigs of ram and opened up in QuickTime, the playback from the TravelClips DVD was somewhat jerky no matter which clip was used. The good news is that once copied onto the hard drive and imported into Final Cut Pro, a quick, less than a minute, render produced a lovely and smooth clip for me to use in whatever project I wanted. Oddly, clips off the Pyromania Vol. 1 DVD played just fine once copied onto the hard drive both in Quicktime as well as once imported into Final Cut Pro. The bottom line here is to copy over any desired clip, import and render and you are good to go with any clip. Some clips are loopable and there are a few with alpha channels as well. I would have liked to have seen more with alpha versions but I tend to be greedy sometimes.

The other bottom line is that the results are stunning. Each clip's depth and resolution grabs you right away. Exceptionally so was the detail in the Travel Clips DVD. The clips of the mountains and open country of the Midwest brings you right into the picture.

While the entire collection sells for the somewhat steep price of $899.00, each disc may be bought separately for $199.00, which should be easier on the pocketbook. Keep in mind that this pricing is not out of line with several other footage companies and is actually less expensive than many.

All in all, this is one collection that I am glad I own. As we move away from mini-DV and standard 4:3, as we up convert our video libraries and move to make 16X9 and HD the new standard, having the background animations and royalty free footage collections such as this excellent one coming from VCE will be nothing less than a boon. I strongly recommend checking out the VCE website and viewing their clips in complete form as the tiffs displayed here provide just a hint of what this fine collection holds.