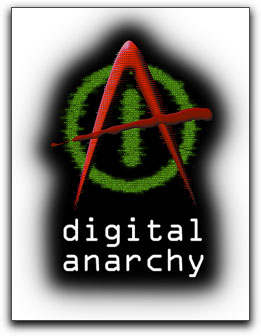 
Digital Anarchy's latest version of their Resizer plug-in for After Effects and Final Cut Pro is something to be seriously considered by any editor wanting to incorporate their SD footage with HD/HDV sequences or who needs to do some serious scaling while maintaining a high quality look. Used in Final Cut Pro or After Effects, Digital Anarchy's Resizer can produce outstanding results whether you are up converting or zooming in up to 800%.

Download and application of Resizer was considerably easier than I had expected from Digital Anarchy. Known for their excellent Psunami plug-in, as well as a host of others, I had found a sizeable learning curve came with the package. However, Resizer has downsized the learning curve here in a big way. The full manual is available on-line plus there are 3 excellent Quickstart PDFs, one for Final Cut Pro and the others for After Effects and Premier, that are easy to follow and get you up and running very quickly.

Standard 4:3 footage with text is placed in the initial sequence.
The sequence is then nested into the 2nd sequence where Resizer performs its magic.

This nest is where you will do your work, and there was not much to do. Just apply the Resizer plug in to the footage and open it up in the viewer where you will see the parameters for Resizer. 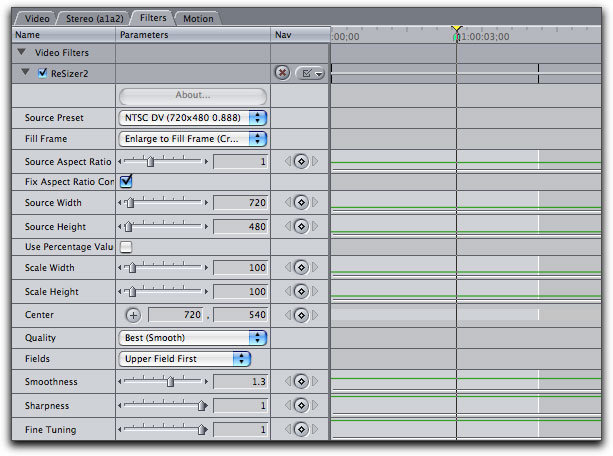 Resizer pretty much does it all; there are only a few parameters you need to adjust.
This makes things almost impossible to mess up.

After checking that the source preset is correct for your original footage you have primarily two parameters to interact with. Under the 'Quality' setting there is a drop down menu. Best - Sharp is usually the way to go. This produces a good sharp up-rez and is pretty fast, but can produce stair stepping. This can be particularly noticeable when the subject is people. In that case, Best - Smooth can produce better results, but it is slower. When using Best - Sharp, the Smoothness, Sharpness, and Fine Tuning parameters are then activated. Setting Smoothness to 1.3, Sharpness to 100% and Fine Tuning to 100% can produce nice results on some footage. Of course, you will adjust these parameters to your own eye and needs.

While the deinterlacer within Final Cut Pro does a decent job, the one coming with Resizer takes it a step further. ReSizer's own Deinterlacer focuses on the moving pixels rather than stationary ones but is best used only on footage characterized by thin lines, text and fine details. It may be slower than that within FCP but it will ultimately produce better results. Using several different algorithms, Resizer is very capable of increasing and improving the source's resolution and image.

The main difference between ReSizer and Magic Bullet's InstantHD are the additional features that are included with ReSizer. Instant-HD and ReSizer, set to 'Best-Sharp', should produce pretty similar images. The 'Best Sharp' setting should be used for up-converting your footage from SD to HDV, or if you only need to resize it by a little bit. However, the Best - Smooth option can produce better images, depending on the subject matter, and is best used for significant resizing or with intricate details and text. 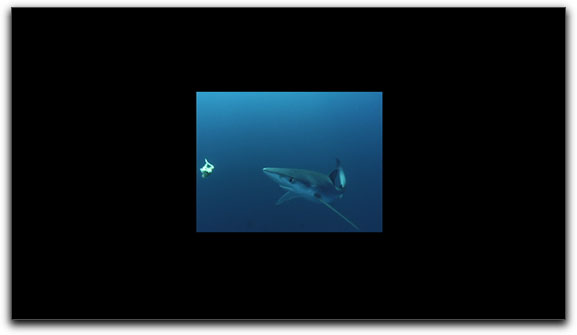 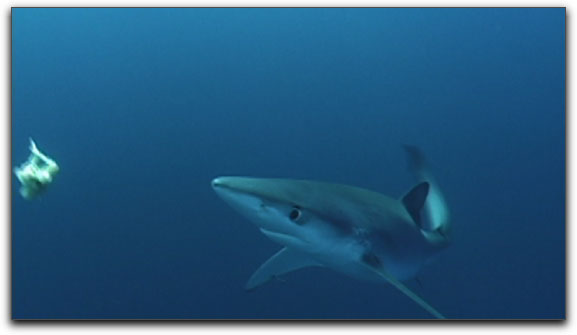 Rendered out in the Final Sequence with 'Smooth settings'

Once I changed the quality setting to 'Best Smooth' and, using the same two clips, render time was more like I had originally expected. The 4-second clip took 26 minutes to render and a 5-second clip with text took 33 minutes to render. While this was more like I had expected, the render times are not bad at all in my opinion. They gave me time to take care of a couple of 'honey do's' while I watched the watch. 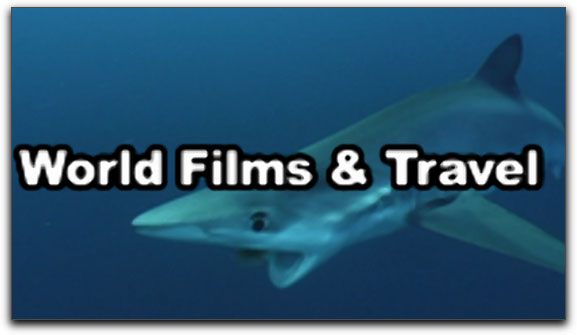 Frame with text before rendering Resizer 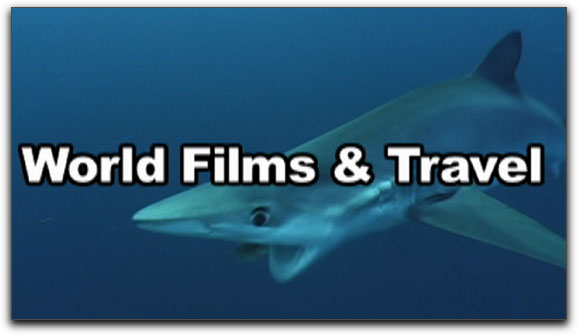 Though I trimmed the text borders, you can see an improvement in the image
as well as a smoothly delineated text. 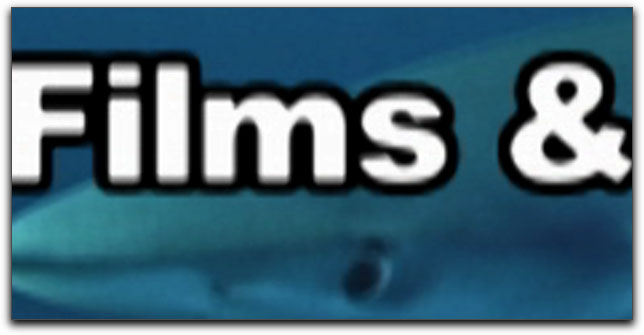 Despite heavy zooming, Resizer kept it smooth and very viewable.
When resizing by zooming in on an object, you will want to use the 'Quality Smooth' algorithm.

Bottom line time....while this review was never meant to be a face off between Digital Anarchy's Resizer and the recently reviewed Magic Bullet's Instant HD, if it were a gunfight at the OK corral, there would be no clear cut winner. You pay a bit more for Resizer, but you also get a bit more with their deinterlacer.

As far as Resizer is concerned, its' excellent Quickstart manual leaves out any guessing; it is very stable, easy to use, comes with its own deinterlacer, renders within a reasonable time and accomplishes what it says it will do with excellent results.