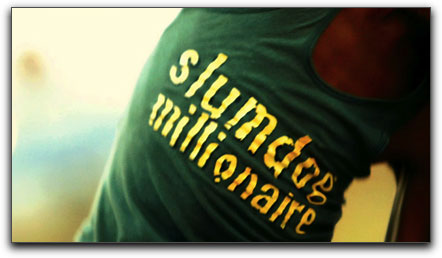 
Even before the Oscar ceremony on February 22nd, my feeling was that Slumdog Millionaire was clearly this years best film. The story, acting, imagery and music were all outstanding and were guided by the sure hand of veteran director Danny Boyle. Made for approximately 15 million dollars, Slumdog has become an international phenomenon with a worldwide gross of nearly 200 million dollars. Not bad for an independent film which Warner Bros. didn't think was worth distributing. So I was thrilled to hear that Slumdog's film editor, Chris Dickens, would be in town for awards season and would be available to do an interview with me for HDFilmtools.com.

Chris couldn't have been a more gracious guest and he was surprisingly cool and collected considering that two days later he would find out whether he would be taking home the Oscar for best film editing. Maybe his disposition was tempered by the fact that he had already won the best film editing award from the British Academy of Film and Television Arts or BAFTA in addition to nabbing the "Eddy" award from the American Cinema Editors, or A.C.E. 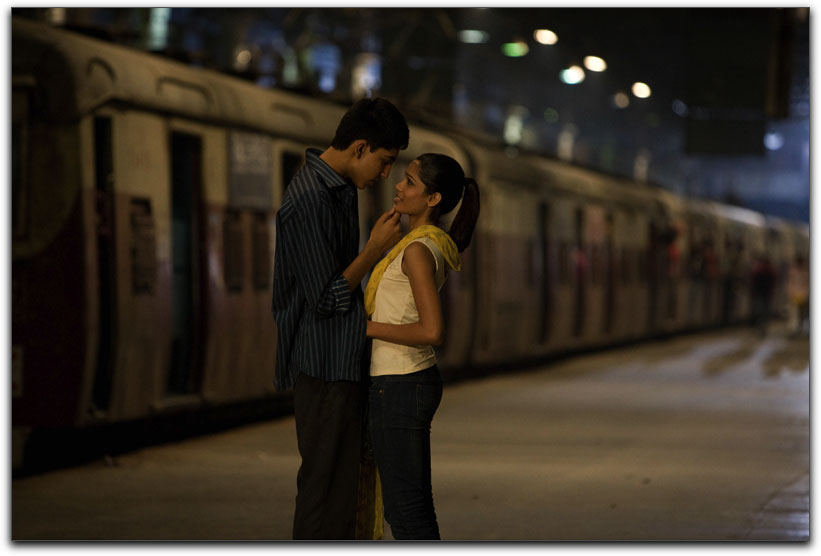 I started out by asking Chris how he became interested in film editing. He told me that like many people he began making his own Super 8 films as a child. He then went on to art school, but after determining the level of difficulty of making a living as a painter or sculptor he made the decision to go to film school. It was there that he made many of his early contacts, which would later lead to some of his earliest film jobs. Next I wanted to know how he came to work with Danny Boyle, as the director had worked with the same editor on his last four films. It turns out that it was just a matter of timing, as it often turns out, Chris Gill was simply tied up on another project. Dickens came in and did an interview and although he said he though it went well he was nonetheless surprised when he received a phone call an hour later informing him he had the job. Next it was off to India for the four months of production. 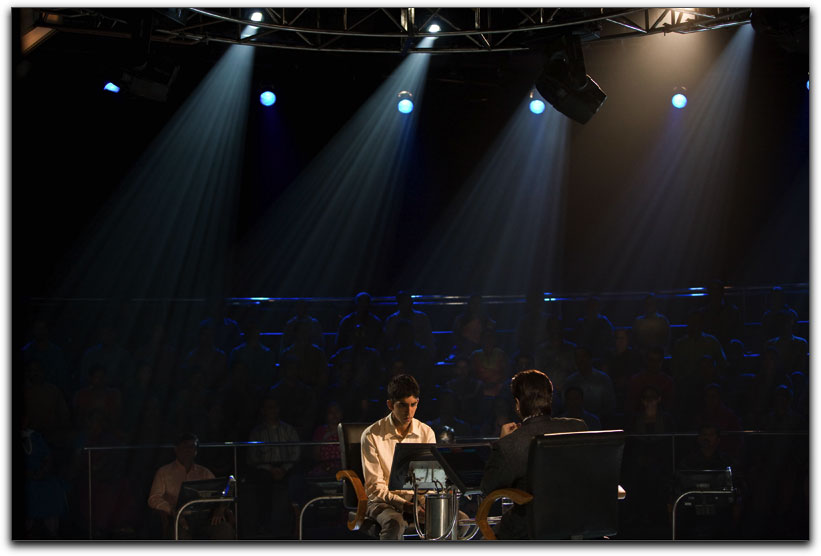 I went on to ask Chris about some of the challenges both creative and technical he faced in editing the film. I felt very fortunate that he went into great detail about how he, Danny, the producers and the writer crafted the film from it's initial length of 3 1/2 hours to it's final running time of 120 minutes. Being a film with multiple story lines set against the backdrop of a television game show, Chris explained that one of the biggest obstacles to overcome was the intercutting of the different elements into a cohesive whole. At the same time he needed to make sure to maintain the integrity of the stories while bringing it all down to a manageable length of time. 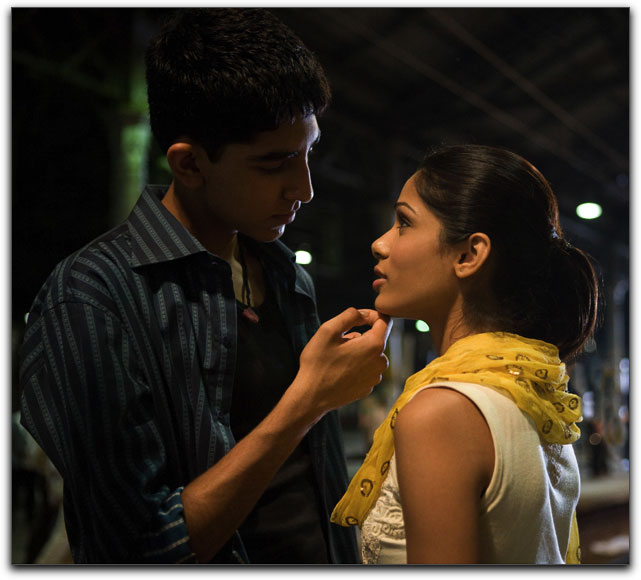 We went on to speak about technical issues and the fact that the film was a hybrid; shot on both 35mm film and digital. Cut on the Avid, the complexity of post production was compounded by the fact that the 35mm elements were shot 3-perf, a technique where the exposed image fills the entire surface area of the frame without any matte area or "wasted space". 3-perf is an excellent solution when shooting in 1:1.85 aspect ratio because it reduces the cost of film stock and processing by 25%. The digital acquisition was done with Silicon Imaging' SI-2K MINI, a new camera from a German manufacturer which is gaining popularity for it's flexibility and size. The entire "Who Wants to be a Millionaire" show was shot with the SI-2K MINI, in addition to much of the breathtaking material captured in the slums of Mumbai.

Every film editor works and lives with a film for a very long time. Invariably, there will be a number of scenes that find a special place in his or her heart. With this in mind I asked Chris about any sequences which he was most proud of. In Part IV of our interview he tells me in a film like Slumdog Millionaire there are many and goes into depth about two in particular, each for unique reasons. The first is the scene which takes place the night the boys mother is killed, when Jamal invites Latika to come in from the rain. Chris explains that although not complex editorially, this scene resonated with him because of how it derives its power from its simplicity and emotion. The other, is the flash forward to Latika as a grown woman at the train station, after the boys as children are beaten up near the Taj Mahal. He said he was very satisfied with the way this scene came out because it was a culmination of not only a lot of cutting and recutting and experimenting with many different approaches, but it ultimately solved a huge time transition quandary while providing another powerful emotional beat.

Finally, in Part V I ask what it's like to be in the center of the maelstrom. How does it feel to help create a film which is not only successful on an artistic level but on a critical and financial level as well. As one could imagine, he told me it's some pretty heady stuff. On the day we did our interview, Slumdog Millionaire was already approaching the 200 million dollar mark at the world wide box office. Chris had taken home the American Cinema Editors "Eddy" Award and the British Film Academy's BAFTA. In two short days he would find out whether he was going to bring the American Academy's "Oscar" home for good measure. We both laughed when he told me that it was all very exciting but that as editors, by nature, we are much more comfortable out of the limelight than in it. 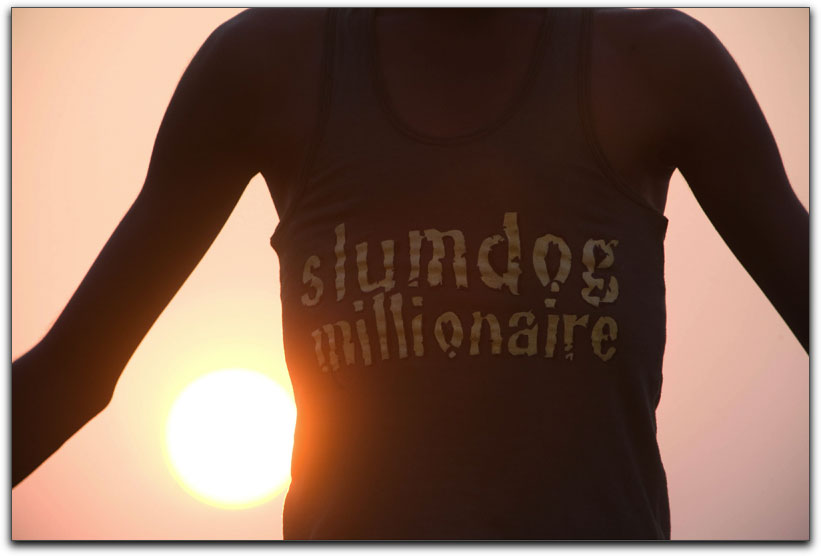 These are just some of the things we talk about in my five part interview. As stated above Chris was incredibly generous in giving us an inside look at the making of this incredible and moving film. I hope you all have a chance to stop by and download the video at your convenience in the format (HD, ipod, iphone, Windows Media) of your choice.

Lawrence Jordan is a motion picture and television editor who's credits include the series "NYPD Blue" and "Arli$$". His feature films include, "Deuce Bigalow Male Gigolo", "Jack Frost", I Know Who Killed Me", "Are We There Yet?", and "Fallen". He is a long time member of both the Motion Picture Editors Guild and the Academy of Motion Picture Arts and Sciences and has been and adjunct professor of editing at the AFI and UCLA. With a passion for technology and the Internet he created 2-pop "The Final Cut Pro Information Site" in 2000. More recently he founded HDFilmtools.com a resource site for professional and aspiring digital filmmakers.