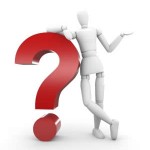 Earlier this week, I timed Final Cut Studio 2 and Final Cut Studio 3 (2009) using identical footage for encodes, transcodes, and Motion RAM previews. The tests were performed on identical Snow Leopard OSX (10.6.2) boot drives, with both application suites and operation systems fully updated. The test results are here, as are the particulars for my test machine, sample video file used in the evaluation, and the six tests that were performed.

The previous Snow Leopard volumes were wiped clean, and identical installs of Leopard (10.5.8) with all OS upgrades were made to the separate identical hard drive boot volumes. Separate installs of Final Cut Studio 2 and Final Cut Studio 3 (2009) were made, and both suites updated to the latest available versions, and the identical tests performed. Here are my results: 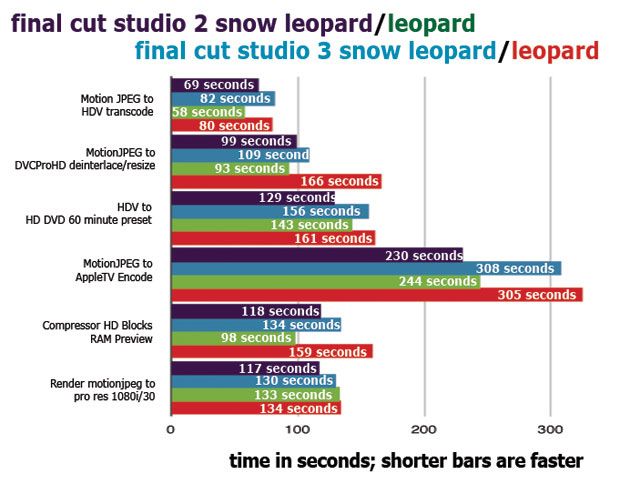 As the graph demonstrates, FCS2 still outperformed FCS3 (2009) using Leopard (10.5.8) rather than Snow Leopard (10.6.2) on identical hard drives and using identical footage encoded with QuickCluster in Compressor, or with RAM previews and rendering in Motion and Final Cut Pro. In some cases, FCS2 actually performed its tasks faster in Leopard than Snow Leopard, but still maintains a speed edge over FCS3 (2009) encodes for every test.

Apart from the comparative data between the suites, there are some interesting results about how each suite performed in Snow Leopard and Leopard. For example, the first test, a MJPEG to HDV transcode, saw FCS2 and FCS3 speed increases over Snow Leopard. However that last test, which was a FCP render of MJPEG to Pro Res, saw slower FCS2 performance in Leopard than in Snow Leopard. FCS3 was only slightly slower.

This article first appeared on secondchairvideo and is reprinted here with permission.