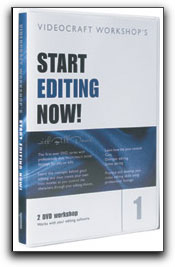 
There are several books on the market that aspire to teaching the novice filmmaker editing theory and techniques. Many are good while some leave a lot to be desired. Start Editing Now, produced by Videocraft Workshop has taken a new approach with this 2 DVD disc tutorial set. Designed to get the new editor up and running with the correct approach, Start Editing Now contains 4 basic lessons covering straight cuts and cutaways, pacing of the video and dialogue and the use of the B-roll footage to avoid jump cuts, and affect scene pacing. These lessons, presented by the very experienced and amiable Bill Davis, are all on Disc One, which runs about 35 minutes. While the lessons given on Disc One use Final Cut Pro as the demonstrating NLE, this DVD set may be used with any editing solution on either Mac or PC.

The really unique aspect of this tutorial can be found in the supplied media found on Disc Two. This second disc contains all the media necessary to produce 3 separate scenes ranging from a single actor's attempts to make a call for takeout food, another scene displaying two actors on a first date, with an alternative third actor serving as the waiter, and the final scene of one upping between two actors on the golf links. It is certainly recommended that you copy the media from the disc to your hard drive as it will play far more smoothly that way and is best for importing into your NLE. 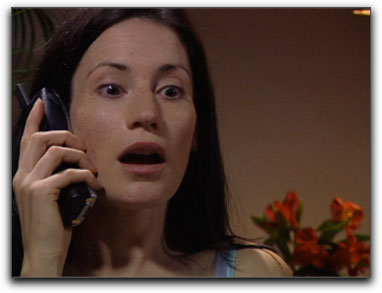 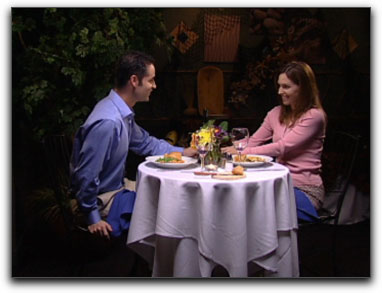 Dead serious or comedy, how you switch between takes is up to you.

Each scene has multiple takes that you may choose from to create very different approaches to the scene with results ranging from the comedic to serious. It is having the option to vary the beginning, middle and end results of each scene that enables you to apply the lessons from disc one. With so many choices you just may be at your editing bay for hours on end having tons of fun mixing and adjusting. It is up to you. By having the scenes there for you, with so many multiple and different takes, you are not limited to the footage you may have shot on your own which might not be varied enough to make as many pacing adjustments as you have here. There are numerous scenes in these videos capturing two people talking. What this tutorial helps you learn is how to make it all interesting for the audience, how to use your master shots and when to switch to B-roll in order to maintain consistency, visual interest and pace. Just as important is Bill Davis's attention to the pacing of the dialogue itself. One very important tip affecting how we might use dialogue is one I use frequently myself, and that is to turn away and just listen to what is on the timeline. Listening can be just as important to the editor as seeing.

Included on Disc 2 of Start Editing Now are PDF clip guides and Lesson Maps. The lesson maps are there for each of the 3 major scenes and display the media's many scenes and different takes for each scene. It is recommended that you print each one up before actually beginning building your scenes. It will keep you organized and aware of the multiple takes you may take advantage of. 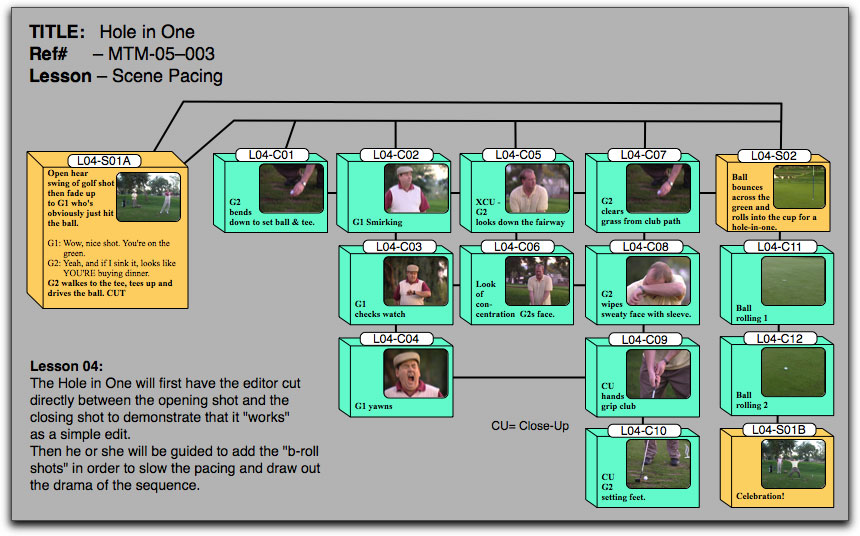 By utilizing and varying different takes and camera positions, you will learn how variety will affect the pacing and continuity of your film.


The clip guides provide both large and smaller thumbnails to work from. Each will provide which clips are for what lesson, scene and take. 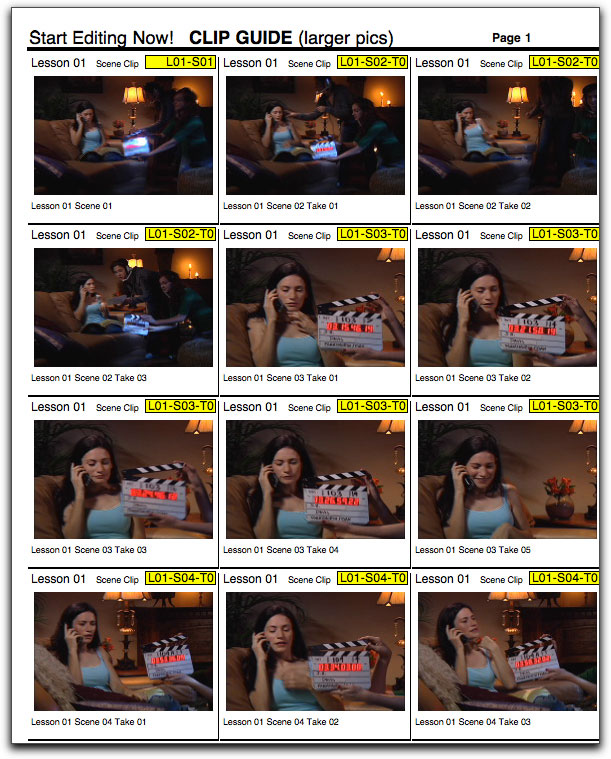 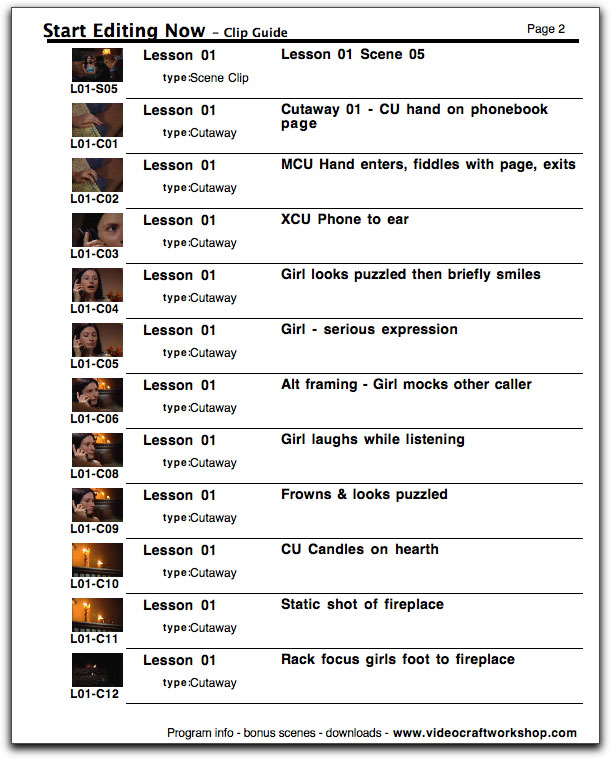 My bottom line is that I have always been of the belief that, like playing an instrument, you must have a feel and aptitude for the art of editing. Learning to be an editor, while demanding practice, continuing to learn new tricks, tips and techniques, demands a feel for the pace and interest the editor seeks to create. One can be technically savvy and yet never be able to have a feel for a story in the editing bay. Using the Start Editing Now DVDs may be just what the new or struggling editor needs to bring his or her understanding and skills up to snuff.