For those of you who have not discovered the wonders of wondertouch's particleIllusion, I can only ask 'Why not?' Not only is the wondertouch application easy to install and use, it is downright fun. ParticleIllusion is a complete standalone application capable of some truly amazing animation effects delivering an incredible number of versatile emitters when producing backgrounds, explosions, comet streams, nature and weather effects, plus watery applications and so much more within a digital production. Imagine your Apple's Motion supplying you with a thousand times the number of particle emitters and you can envision just how much more you would have at your editorial disposal. ParticleIllusion comes supplied with a massive library of emitters to apply as they are or manipulate and recreate in your own vision depending upon the requirements of your project. Additional libraries are released each month at no cost to the user, just go to the wondertouch website and it's there for the download.

Recently wondertouch has released their second collection of Pro Emitters. Collection 7-9. Like their previous collection offering, these collections are thematically based and contain 30 separate emitters. That's a total of 90 different emitters, professionally created and of the highest quality.

The first of the three libraries is entitled Extreme Graphics and this collection is divided into 3 parts, extreme horror, x-rays and scans and letters & text. Different types of blood splatters, x-rays of the human hands, head and body parts as well as a dizzy array of text animations provide you with a versatile collection useful in a variety of quality productions. 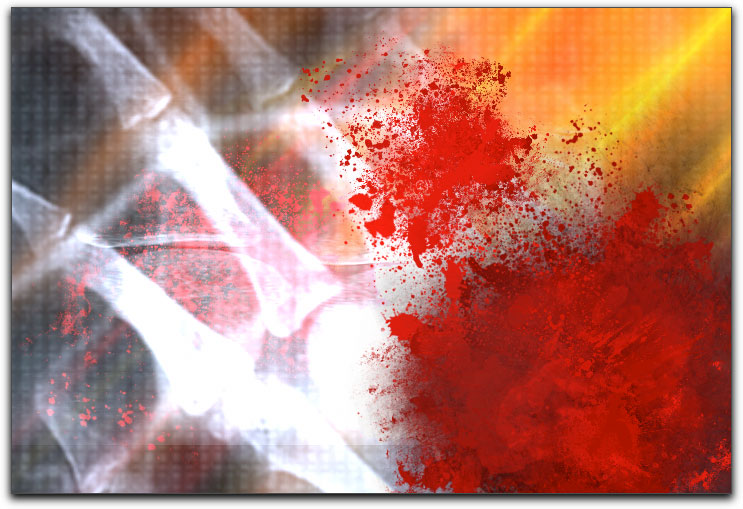 This image, while constantly changing in its animated form is a combination of two different types
of blood splatters, an x-ray and fiery background from an early wondertouch collection.

Changing text over a disconcerting and altering splatter may have a positive impact for your production opening credits.
I would like to have had control over what text is used however.


The second collection of particleIllusions Pro Emitters 6-9 collection is a different sort of Graphics Collection of Elements focusing on different numbers and barcodes, data Gizmos and multiple types of warp animations. 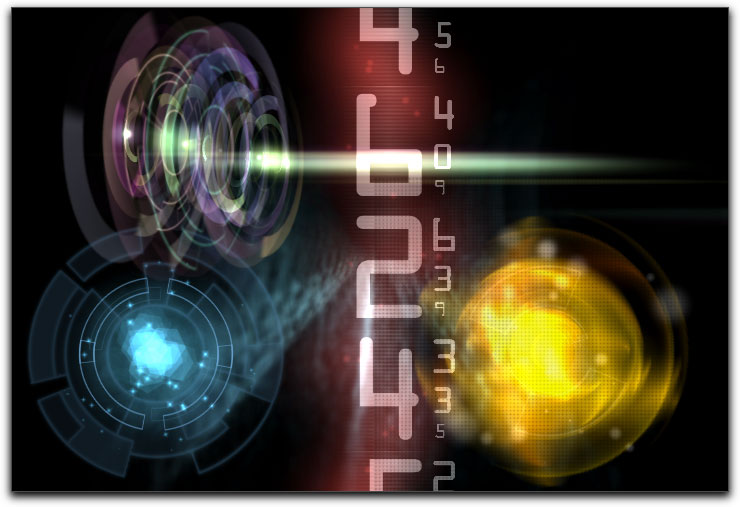 I utilized the wondertouch library's, Ultra numbers, Data warp, and Dataspin
to create this image. Again, the animation is much more interesting to look at.


The 3rd collection of Graphic Elements contains 3 distinct folders, the first of which has several energy/beam animations, the second folder resplendent with numerous wavescopes, digital readouts and radar type animations, while the third comes with a number of textures and backgrounds from splatters to paint crack animations. 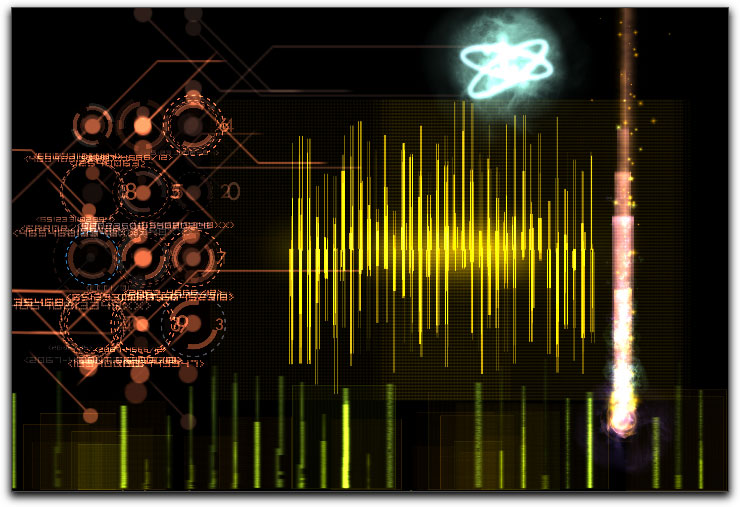 For this frame, two separate styles of wavescopes were used as well as an Atomizer emitter,
a Beam Me Up pulse and Data Readout animation.

This Angry Splatter comes on as just that, a splatter whose parameters and animation are easily adjusted.

The Radar Array would be perfect for any number of Science Fiction projects.


Don't get me wrong, I am a fan of Apple's Motion and everything it can do. However, I also have wondertouch's particleIllusion installed there as well. It is simply so easy to use that I'd be a fool to turn a blind eye to it. My only problem is remembering to go to the wondertouch website each month to download those free libraries. As for this collection, it greatly enhances the tools and emitters that I already own. So many of them are different than the previous libraries, and I appreciate that lack of redundancy. My bottom line is that if you were already smart enough to have purchased particleIllusion than you are smart enough to know that this is a great collection as well. If you didn't know wondertouch existed, get to their website and discover particleIllusion for yourself.